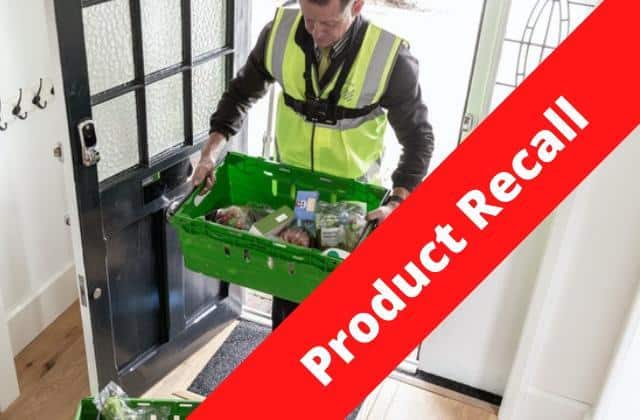 A number of UK supermarkets have issued product recalls due to health concerns over the last few weeks.

Tesco, Lidl, Co-op and Asda are among the supermarkets to issue recalls for a range of reasons, from undeclared ingredients posing an allergy risk, to an outbreak of disease causing ingreditients.

Some food companies have also issued recalls, with Hepatits A being found in one product.

We’ve rounded up the latest product recalls you should be aware of.

If you have bought any of the items mentioned below, you need to be aware of these possible health risks.

Tesco has issued a ‘do not eat’ warning and is recalling one of its products due to undeclared milk which could cause a possible health risk to customers.

The supermarket’s Mixed Fruit and Nut contains milk which is not mentioned on the label making it a possible health risk to anyone with an allergy or intolerance to milk or milk constituents.

Tesco is recalling product from consumers and has contacted the relevant allergy support organisations, which will tell their members about the recall.

Co-op is recalling one of its products due to a labelling error which makes it a potential health risk.

Co-op’s Irresistible Lemon Curd Yogurt is being recalled because it contains egg which is not mentioned on the label.

Due to a packaging erro the yogurt has been incorrectly packed in a Toffee yogurt pot.

The mistake means it is a possible health risk for anyone with an allergy or intolerance to egg.

Lidl is recalling one of its products because it may contain disease-causing bacteria.

The supermarket has issued a recall on its Eridanous Greek Style Smoked Mackerel Fillet with Olives and Oregano with Soy Oil because Listeria monocytogenes have been found in the product.

The bacteria can survive and even grow under refrigeration and can cause Listeriosis which can last up to several weeks depending on the severity.

Symptoms include fever, vomiting and headaches, with some cases even resulting in convulsions.

Asda is taking the precautionary action of recalling Asda White Lasagne Sauce because of a possible microbiological contamination risk due to a production fault.

The issue only affects products sold at Asda stores in the North West of England, North Midlands and North Wales.

The FSA along with Ardo NV are recalling the Ardo Fruitberry mix after Hepatitis A was discovered in the product.

Anyone who has purchased the product should not eat it, but return it to the store for a full refund.

Hungry Horse, Farmhouse Inns and Wacky Warehouse are offering a £1 kids deal at their pubs in January 2023 Daily Echo | What’s On …

Can you name the artist featured in this picture? Daily Echo | What’s On …