Most of the top attractions in Southampton are scattered around the city, including the Tudor House and Garden, the old city walls, the SeaCity Museum, and the Titanic Trail. For easy access to all these attractions as well as the port, the center of town makes a great base - especially for first-time visitors. Visitors traveling to the city to board a cruise ship often stay near the southern end of town for easy access to the terminals.

Sleek, bright, and modern, the pet-friendly Novotel Southampton has a fitness center and indoor swimming pool. It's near the West Quay Shopping Centre and an easy five-minute drive from the cruise ship terminals. Also handy to the port and less than five minutes on foot to the Tudor House and Garden, Grand Harbour Hotel has a triangular-shaped glass facade and an inviting indoor pool. Some rooms have sea views. The Mercure Southampton Centre Dolphin, in a heritage-listed Georgian building, blends original architectural features with modern decor, steps away from the old city walls and the Tudor House and Garden.

Handy to the cruise ship terminals, Holiday Inn Southampton, with a pool and sea views, is at the top end of the mid-range options, while The Blue Keys, north of the city center, is popular for its great-value rates and friendly staff. In the heart of the city, Premier Inn Southampton West Quay Hotel offers modern comforts near a popular shopping mall, a short hop from the Tudor House and Garden. 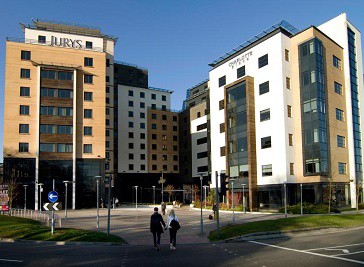 Jurys Inn Southampton is located in the heart of the city overlooking East Park. The hotel is conveniently situated for all the city’s key attractions from the City Art Gallery and The Mayflower Theatre to WestQuay Shopping centre. Just a twenty minute walk away you can explore the Hawthorns Urban Wildlife centre or jaunt around Southampton Common and feed the ducks on the lakes.
Read More 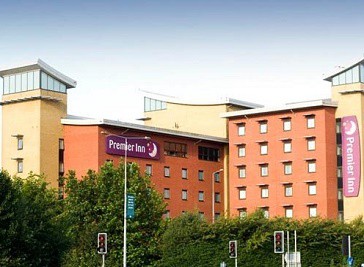 Premier Inn Hotel Southampton City Centre puts you right at the heart of the city. From one of Europe's biggest shopping centres, to some magical entertainment for the little ones, there's lots to see and do on your doorstep. Scrumptious food awaits you at our restaurant, and a sumptuous bed in your room.
Read More 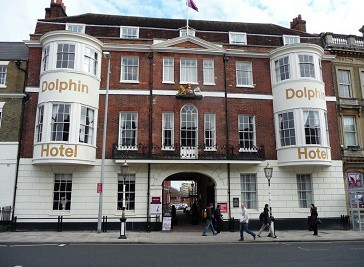 The Mercure Southampton Centre Dolphin is a 4 Star hotel that has stood in the heart of the city for over 500 years. Perfectly located near the main port it provides a great base to stay before and after your cruise or trip to the Isle of Wight.
Read More