The magnificent ruins of Netley Abbey, founded in 1239, have inspired many English writers, poets, and artists over the years, most notably the painter John Constable.

The village of Netley is also worth visiting and is associated with famous people such as Queen Victoria, who laid the foundation stone of the Royal Victoria Military Hospital, which Florence Nightingale helped design. It's also where Arthur Conan Doyle's fictional Dr. Watson was said to have trained.

Nearby is the Royal Victoria Country Park, which covers some 200 acres of woods and parkland, as well as a small shingle beach. 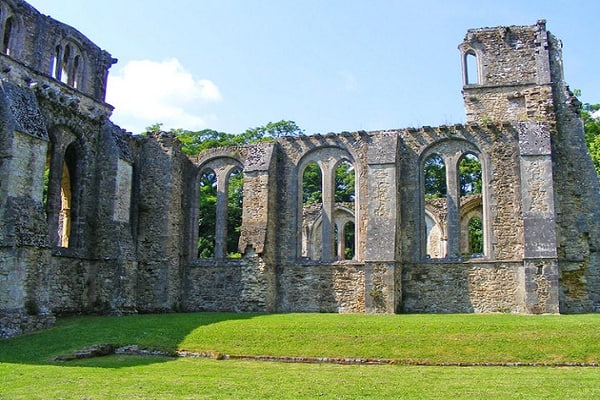 Access: There are steps and uneven surfaces throughout the ruins, but wheelchair access is possible for most of the site.

Opening Times: Open 10am-4.30pm daily, from April until September. From October to March the site is open 10am-4pm at the weekend. View details.

Parking: There is limited car parking at the site. Further parking can be found at the Abbey Hall Recreation Ground, a five minute walk from the site.

Facilities: Toilets are available at Abbey Hall Recreation Ground, a five minute walk from the abbey. There are shops and places to eat in Netley village.

Dogs: Dogs on leads are welcome.

~ Attractions and Places to Visit in Southampton ~