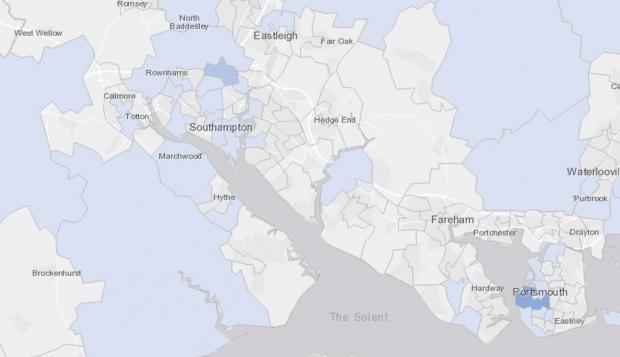 The map uses data from Public Health England and shows area that could be potential hotspots for the virus.

It showed that Central Southampton had three positive cases of the virus between September 23 to 29.

The most cases in the city were recorded in Bassett Green with 10 positive cases.

Various parts of the county were shaded in light blue, meaning they had three to nine cases.

In the New Forest, Lyndhurst and Minstead had four recorded cases and Ashurst and Cadnam had only two cases.

Totton Town and West Totton showed only zero to two cases and Marchwood and Dibden has seven recorded cases.