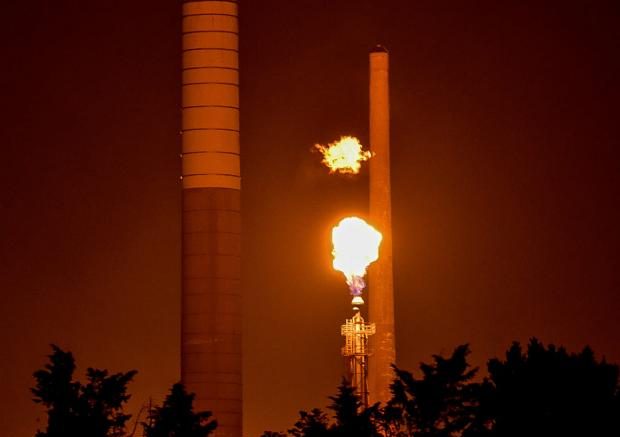 A STRANGE glow lit up Southampton’s sky last night, leaving residents puzzled as to what the bright light was.

The ominous orange glow was seen across Southampton and parts of the New Forest late last night.

A video, taken by a New Forest resident who wishes to remain anonymous, shows Pipistrelle bats against a “pulsing orange sky”.

The light was seen over the top of Fawley Refinery, and was a result of the refinery ‘flaring’.

Flaring is a way to safely burn of excess gas, which would normally be recycled and used in the refinery’s operating process.

In a statement, a spokesperson said: “We want to give an update to our current operations.

“Due to an interruption in operations late yesterday evening we are currently flaring and we anticipate that this will continue for a number of hours.

“We apologise to our local residents for any concern and inconvenience caused by the flaring and associated noise.

“We are doing all we can to resolve the situation and are taking a series of measures to minimise the flare.

“Flaring is a safe, controlled and environmentally approved way of burning off excess gas which would normally be recycled and used in our operating processes.”