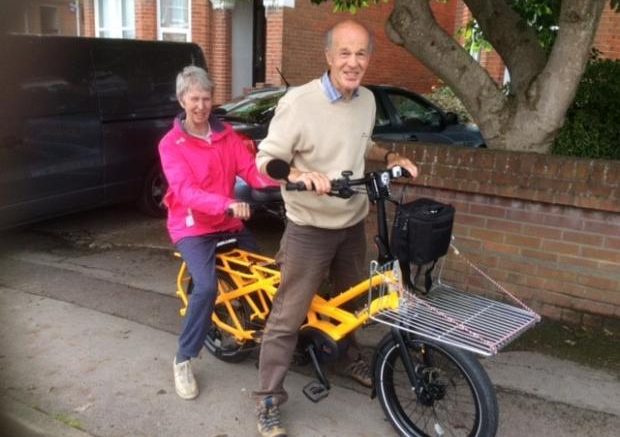 Police are investigating four burglaries that took place on two nearby streets in Portswood on the same night.

A locked garage was broken into on Gordon Avenue sometime between 9pm Friday 2 October and 9am Saturday 3 October.

In this incident, a £4,500 electric bike that was used by a man to transport his disabled wife was stolen and has not yet been located despite a local bike shop offering a £100 reward for information.

Michael Gare, 70, used the TERN brand electric bike (pictured) to transport his wife Linda, who is unable to walk far due to suffering from Parkinson’s disease.

Mr Gare said: “[The bike’s] been a life-line, especially over lockdown.

“It enables me to take [Linda] out places and get out and about, and without it we can’t do that.”

Mr Gare said a black bike of the make Carrera and model Vengeance was left at the scene.

Another burglary took place between 6.41am and 8am on Saturday 3 Oct at another address in Gordon Avenue in which a bike, stereo, camera, phone and wallet were stolen.

The items have since been recovered and a 43-year-old man was cautioned for theft by finding, though police said enquiries into the burglary “are ongoing.”

An address on Alma Road was then broken into at around 8.53am on Saturday 3 October and a bike, camera, money and jewellery was stolen.

Police have asked anyone with information to call 101 quoting reference number 44200383350.

The second incident on Alma Road is thought to have taken place between 11am and 9.30pm on Saturday 3 October in which cash and items of jewellery were stolen.

Anyone with information in relation to this incident should call 101 quoting reference number 44200384206.

When asked whether the crimes are thought to be linked, a spokesperson for Hampshire Constabulary said: “As part of any investigation strategy we will review similar crime types and link incidents where evidentially appropriate.

“This work is ongoing.”

On their website, Hampshire Constabulary encourages homeowners to protect their belongings from burglars by storing valuables in a safe that is bolted to a wall or the floor and double locking doors and windows.