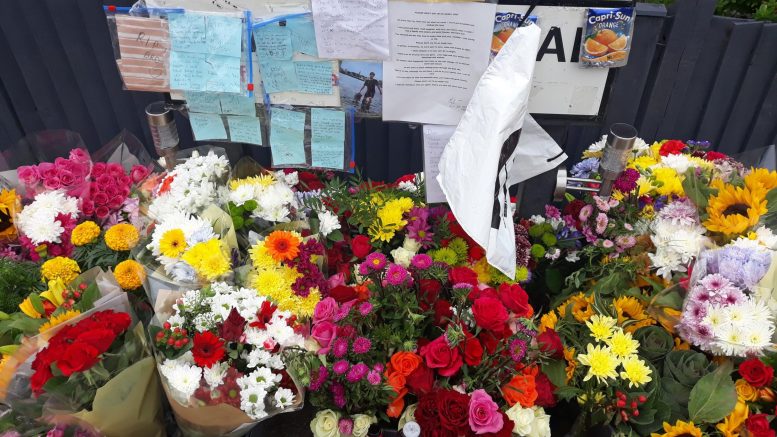 TRIBUTES have poured in for a Southampton teenager who will be “missed like mad”.

A 19-year-old teen died after the moped he was on crashed with a taxi.

He suffered serious injuries during an incident at the junction of Kathleen Road and Botany Road on August 30.

Flowers have now been laid at the site of the crash, with friends and family paying their respects.

One note reads: “Words can’t explain how much you will be missed. Never thought I would ever hear this. Rest in peace my bro. Hope you have the best time up there.”

Another mourner added: “All the memories we shared as kids is all that’ll be. Miss you, love you so much.”

While one note simply reads: “I will miss you with all my heart. I will never forget you.”

The teen who has not yet been identified was not wearing a helmet at the time of the crash, according to police.

As previously reported, officers rushed to the scene just before 3am.

The moped rider was taken to Southampton General Hospital but died of his injuries on Monday.

The driver of the taxi, a 32-year-old man from Southampton, was unharmed.

Officers investigating are renewing their appeal for witnesses to the collision.

They ask anyone to come forward who may have seen the moped rider in the lead up to the crash. He is described as a young adult and was riding a red Honda 125 moped with no number plate.

A police spokesperson said: “Were you in the area? Perhaps you have dash-cam footage of either vehicle before the collision?

“We are also keen to hear from anyone in the area of the collision that has CCTV or digital recording equipment that may have captured the vehicles before the collision.