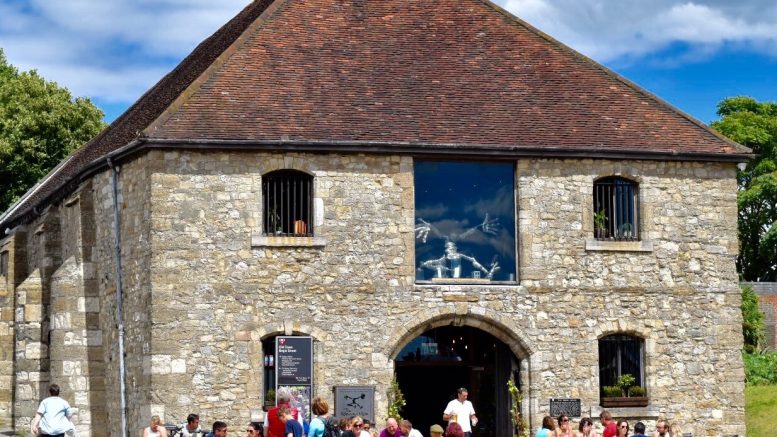 IT’S been six years since the Dancing Man Brewery team breathed new life into the 700-year-old waterfront building used in the Middle Ages to store wool before it was transported to Europe.

And, despite tough times for the trade, things have never looked better, with every one of the12,600 pints brewed on the premises each week sold over the bar, either in the pub or direct to customers.

Lifelong brewer Aidan Lavin and Mandy Lacey, who has enjoyed a long career in the pub trade and for various breweries, took on the former Maritime Museum in 2014.

The business partners have transformed it into a stunning brew pub with a 100 seater restaurant upstairs and more than 40 staff. It regularly receives the accolade of the best pub in Southampton.

Aidan told the Daily Echo: “At first we thought it was a bit too big for us. We loved the building but it was a daunting prospect. It took a good year or more in the planning, working alongside English Heritage, before we opened, but we think we’ve created something quite unique and beautiful and we’ve breathed fresh life into this amazing building.

“Things started coming together, we thought we’d give it a go and it’s been successful ever since.”

Renowned for their spectacular pies, the Dancing Man Brewery has a children’s menu and even one for four-legged friends. Dogs though will have to compete for attention with the brewery dog Mr Watson, who now only has three legs after an accident on the road outside.

Positioned next door to Southampton Registry Office, the Dancing Man Brewery is a popular wedding venue and has been a host for the annual Music in the City event and other live music as well as beer and food pairing evenings and corporate events.

They are missing their cruise passenger friends, particularly those from America and Germany who love the history of the Wool House building, but are being well supported by locals, who queued up in their dozens for freshly brewed beer during lockdown. Staff also carried out deliveries to SO postcodes, much to the delight of regular customers.

Big Casino, a 5.7% IPA, is a big seller, and lager Necessary Evil no longer lives up to its name, far outselling the previously brought in lagers and proving very popular, particularly in summer. The latest offering is Raspberry Hoodoo a fruited style beer made of raspberry and maple milkshake sour, one of 12 beers currently being brewed. If not brewed on site, food and drink is sourced locally.

A canning machine will soon be installed so cans of Dancing Man beers can be sold and another venue, deep below the city walls, is even a possibility in future.

But, for now, it’s all about great beer, superb food and cheerful staff in a delightful historic building with an unbeatable location opposite Town Quay.

To be featured as our pub of the week, visit dailyecho.co.uk/pub-of-the-week