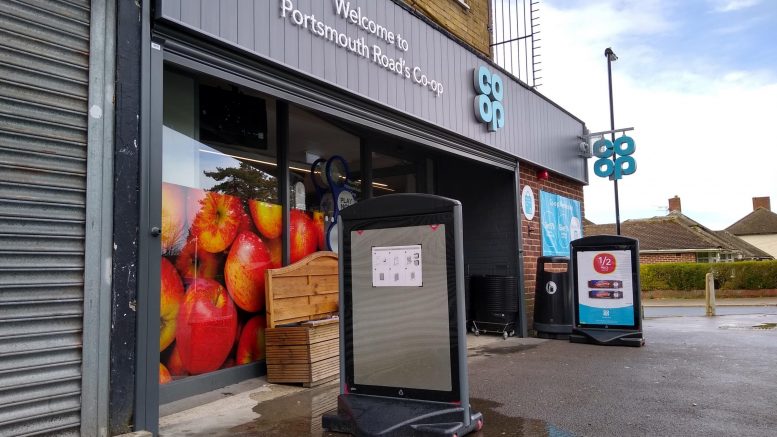 TWO BOYS who robbed a supermarket with a “gun” and threatened a shopkeeper at knifepoint have been spared jail and given another “chance”.

The Southampton teens aged just and 14 and 15-years-old wore masks during a raid on the Co-op store in Portsmouth Road, Sholing.

Armed with a kitchen knife and black BB gun they snatched a haul of cigarettes and tobacco on March 7 this year.

The teens who cannot be named for legal reasons appeared before Southampton Crown Court yesterday facing charges of robbery.

A victim statement said how the shopkeeper initially laughed at the gun but realised the boys “were not messing around” and “felt scared they would hurt her”.

She was “frightened and could not get words out.”

The court heard how the older teen already has youth cautions which include assault, theft and burglary.

Meanwhile, the other boy has an existing youth caution for the possession of a bladed article.

Defence barrister Victoria Hill said how her 14-year-old client was “petrified at the thought of going to prison” but “has a determination to address his behaviour”.

Defending the 15-year-old, Keely Harvey said he was extremely vulnerable to child exploitation and suffers from autism and ADHD.

Judge Parker said if the boys were adults they would face a very lengthy prison sentence.

However, he took into account their “immaturity” and whether to impose a custodial sentence during the “wretched” coronavirus pandemic. He gave them a “chance”.

Both were given an 18-month youth rehabilitation order and a four-month curfew from 7pm to 7am.

They must not go to the Co-op store in Portsmouth Road for 18-months and must not contact each other or their victim in that time.