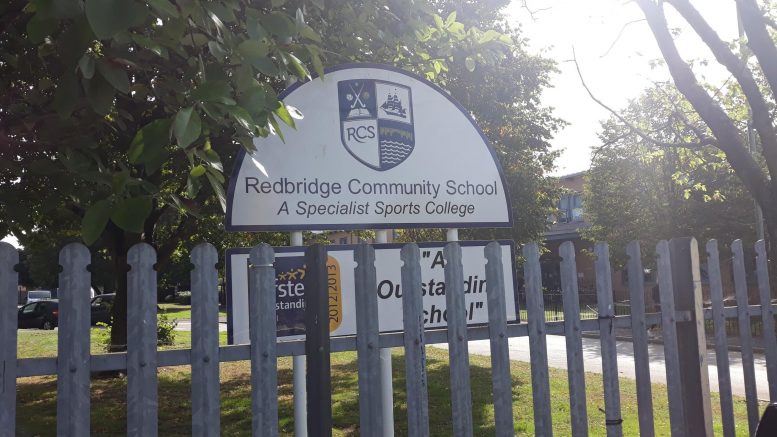 A SOUTHAMPTON school was put in lockdown today after a student assaulted three teachers.

A 13-year-old boy is reported to have kicked and spat at staff at Redbridge Community School this morning.

It happened during an attack in the “outer perimeter” of the school grounds in Cuckmere Lane at around 11am.

After being escorted from the site he is reported to have returned with around four friends.

A lockdown was imposed at 12.10pm and in place until shortly after 1pm, according to headteacher, Jason Ashley.

Officers have arrested the boy on suspicion of three assaults.

Mr Ashley has said there was no risk to children at the school or the teaching staff in classrooms.

He added: “I am adamant that the safety of the students and staff is paramount.

“[The lockdown] was for the safety and welfare of the children.

“We will do anything within our power to challenge anti-social and poor behaviour.

Mr Ashley has confirmed no knives were involved in the incident but could not confirm if the teen attended the school.

Parents reported receiving a text message earlier today to say a lockdown had been imposed at around lunchtime.

Hampshire police confirmed the teen was a student at the school.

A police spokesperson added: “I can confirm that we were called at 11.38am today to a report of an assault at Redbridge Community School.

“It was reported that a student assaulted three teachers. No weapon was used.

“Officers attended and later arrested a 13-year-old boy on suspicion of three assaults.”