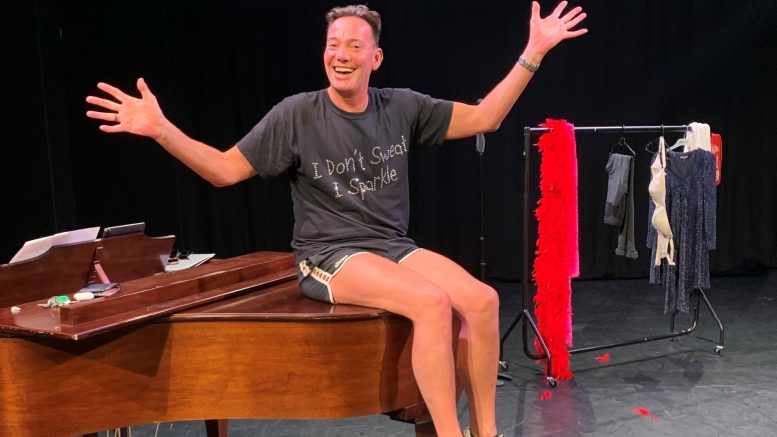 One of the biggest personalities in British television is currently inhabiting the stage of The Point, Eastleigh.

Strictly Come Dancing judge Craig Revel Horwood is currently using the building whilst he rehearses for his debut solo tour, All Balls and Glitter which is starting in February.

The Point, Eastleigh is owned and managed by Eastleigh Borough Council and is well known for supporting, developing, and presenting new work from developing artists.

Craig said: “I am so happy to be here!

“It’s great to be back at work, I’ve got to say, after months of lockdown, and what better place than The Point Eastleigh.

“It’s so cool just to have a Proscenium arch and some seating, albeit empty.

“It still brings back wonderful memories of days gone by it seems.

“It gives me something marvellous to look forward to.”

The theatre space at The Point has been closed recently because of the ongoing pandemic and a preview show by Craig was due to take place but had to be cancelled.

“I think it has been really very difficult for everybody concerned, not even just in the theatre but worldwide this is a massive problem for everybody.”

Artistic Director of The Point Sacha Lee said: “We are excited and delighted to have Craig and his team rehearsing in our space developing his new show. It’s great to get our building open again and even better that Craig is our first resident artist!”

Hampshire audiences will be able to see Craig in action as his 22-date tour will be going to the Kings Theatre in Portsmouth on 5 March 2021.