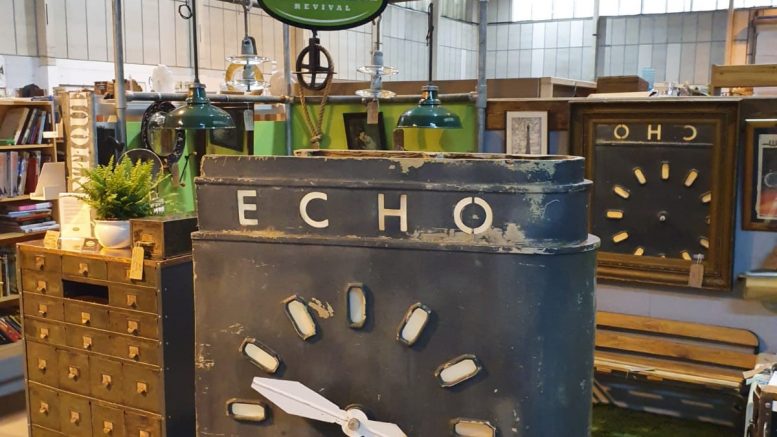 A PIECE of Southampton’s history has been “saved” and will be painstakingly restored.

The old Echo clock which hung outside the Southern Daily Echo Offices in Above Bar Street was once a popular meetup spot for lovers.

It is now set to get a new lease of life with a lick of paint.

Joint efforts are underway to fix the clock by the Daily Echo, restoration expert, Mark Holman and several Southampton businesses.

READ MORE: Pictures of the old clock in Above Bar >>>

Mark, 50, says he decided he wanted to do his bit to preserve city heritage.

The father of one who is “born and bred Southampton”, said: “My view is it’s a piece of the city that could be saved. Where possible I like to see things brought back to life.

“We have some amazing history [in Southampton] that people do not know about and that we lost during the war.” Mark compares the historical importance of the clock to the Bargate and Civic Centre.

He added: “It holds so many memories for so many people. The clock is part of our past.

“The Echo is the voice of the people for Southampton. It’s the only trusted source of news for the city.”

According to Mark, the clock is post-war as it has an aluminium frame – which would have otherwise been melted down for the war effort.

Southern Daily Echo editor Gordon Sutter said: “We fully appreciate the nostalgic importance of the Daily Echo clock to the people of Southampton and how much it means. That’s why we are delighted to work with Mark at Fork Handle Revival to get this clock restored and hopefully one day back in a prominent spot in the heart of the city.”

It is now on display at Robin’s Nest Emporium in Oakley Road where he was visited this week by Amanda Middleditch from the BBC show, The Repair Shop.

Mark invites city residents to visit the clock and share their memories of it.

The clock is not the original Echo master clock, which was made of metal.

However, it is hoped it could one day be hung in the city centre.