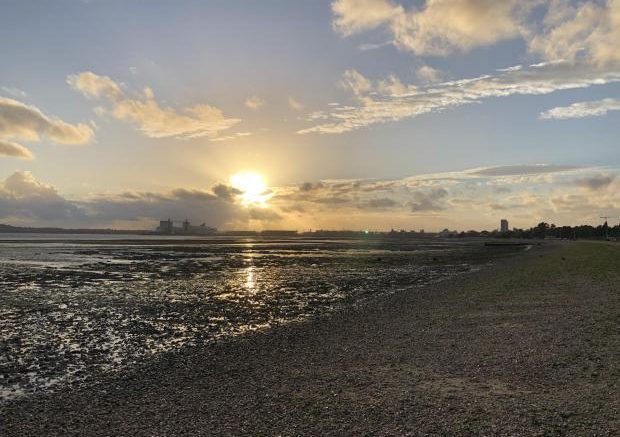 A 15-YEAR-OLD girl who died in hospital after a boat crash yesterday had been on a charter rib with her family when it collided with a buoy.

Two others were flung into the water, suffering minor injuries, but the 15-year-old, who was on the charter boat with members of her family, suffered fatal impact injuries as a result of the high speed crash.

A passing pleasure boat rushed to the scene, followed by lifeboats, and casualties were ferried ashore before being taken to Southampton General Hospital for treatment.

Southampton Water viewed from the shore at Netley. Picture: PA

The girl, who had been conscious when she was taken ashore, later died in hospital of her injuries.

A full investigation has been launched into the cause of the collision which happened at around 10.10am on Saturday about half a mile off Netley, as winds picked up across the south coast.

An RNLI spokeswoman said: “It was a tragic accident which happened around one of the navigation buoys off Netley at the top of Southampton Water.

“It was very windy out there but the pleasure boat that went out there was very capable.

“As a result of a coming together of the RIB and the buoy, 12 people had to be rescued – some were walking wounded and some were fine.

“Two people were flung into the water. The girl was not one of those but there are ramifications of crashing into anything at speed and she suffered impact injuries.

“She was with family who were relatively unharmed.

“The girl was extracted by a private pleasure boat which was first on the scene and she was conscious at the time.

“Lifeboats attended and people were taken ashore and then taken to hospital by ambulance.

“My understanding is that the boat had left Southampton and was doing a trip out on the water for an hour or so before it was due to return.”

It is understood that the girl and her family had got on the boat at Ocean Village Marina, but it is not known where the girl is from.

A sailor who owns a berth at Ocean Village Marina said he saw casualties brought ashore.

The man said: “The air ambulance was circling and more and more ambulances seemed to be arriving.

“Then between five and seven casualties came in to the marina on a lifeboat with its blue light going.”

As reported, police, coastguard, lifeboat and ambulance teams were called to the incident yesterday.

An investigation has been launched by Hampshire Constabulary, HM Coastguard and the Marine Accident Investigation Branch.