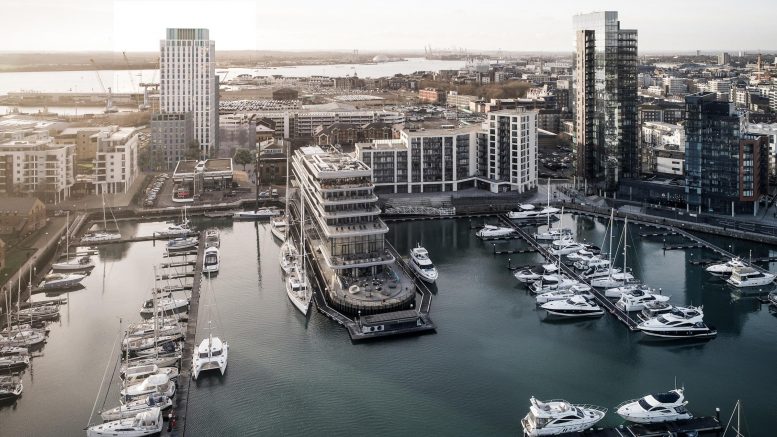 After a debate that saw residents, developers and councillors voice their views, planning bosses rejected proposals for 199 flats and 10 parking spaces in Ocean Way, Ocean Village.

The plans for a 24-storey building with two lower levels either side – one 14-storey and one eight-storey – were tonight scrutinised by the Planning and Rights of Way Panel at Southampton City Council.

MDL Developments, which put the proposals forward, defended the scheme and said it will provide new homes and 300 construction jobs.

But panel members also heard a number of concerns raised by local residents and councillors.

Will Bridge, the chair of the Pacific Close Resident Association, said among the concerns residents have there are the loss of light, the scale of the building, the number of parking spaces proposed and a potential increase in traffic.

“Our resident association urges your committee to reject the proposals”, he said.

A representative of some Ocean Village businesses said the business community is opposed to the plans.

He said: “We are particularly concerned about the loss of trees, the oppressive environment that will result, the monolithic appearance of the building and the parking pressure.”

It comes as the plans sparked 304 objections and were scaled down earlier this year.

As reported, the original proposals were for a 25-storey tower block with 223 flats with a 25-storey core building and two lower levels either side, one 17-storeys and one 11-storeys as well as 14 parking spaces.

But tonight developers asked the panel to approve the revised scheme.

Planning consultant Gavin Hall, speaking on behalf of applicant Kristi Roger, said MDL Developments is and will continue to be committed to enhance Ocean Village.

He said the height of the building was previously accepted by the city council.

Mr Hall added: “What we are proposing is not out of the ordinary in Ocean Village. The scheme provides a building that makes the best use of land in the city centre and provides houses, space for the local community and all the issues raised comply with policy terms.”

All of the three Bargate councillors asked for the plans to be rejected.

Cllr Sarah Bogle described the planning application as one of the most controversial she has ever seen.

She said: “There is no an objection to any development at all.I think it is about making the right development and at the moment I think this is not the right one.”

A city council planning officer acknowledged the scheme would provide new homes and jobs but she said “the visual harm that would result from this proposals justifies refusal”.

Cllr Lisa Mitchell, chair of the panel, said: “I agree the building is not in keeping with quite a lot of the design in Ocean Village, that is quite bulky.”

The panel unanimously rejected the proposals.