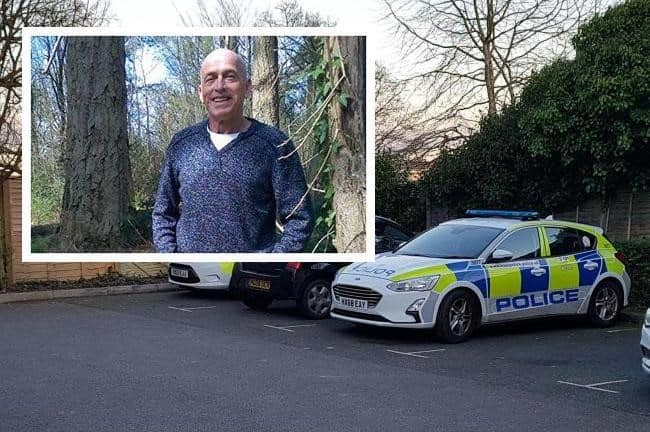 A SOUTHAMPTON man who strangled his father to death with a phone charger will remain at a secure unit for people with serious mental health issues.

Joshua Perry is said to have wrestled with his father at the flat they shared in Bursledon Road.

After strangling John Perry with his hands the 28-year-old then used a phone charger cable, Winchester Crown Court was told.

Perry who has been diagnosed with paranoid schizophrenia had the “wholly delusional belief that his father and his girlfriend had been having a sexual relationship”.

He became “obsessed” with the idea, the court heard.

Perry previously pleaded guilty to a charge of manslaughter on the grounds of diminished responsibility.

He appeared before a judge today for sentencing.

He had previously “tried to scale Big Ben in London” and would take a knife with him to bed.

Perry had stopped taking medication and his mental health had taken a “downward turn”.

Furthermore, he was “trying to convince himself he was getting better”.

However, his behaviour was “becoming increasingly erratic”.

In February his parents had even “tried to arrange an emergency appointment for him to be examined”.

Perry and his father had left the flat they shared together in Bursledon Road on the morning of February 5 with John last seen alive at about 1pm.

After killing his father, Perry travelled into Southampton where he had arranged to meet his girlfriend at 2.45pm.

They then drove to his mother’s home where he had a meeting with a community mental health team.

He later returned to the flat to “make sure his father was dead”.

Perry took his father’s car and drove to Fleet service station – he text his girlfriend to meet him at the flat later that night where he claimed to be taking a bath and had left the door open.

She found John Perry’s body lying on the floor at around 9pm.

The Honourable Mr Justice Garnham deemed it the “cruellest of tricks to play”.

Defence barrister, Katy Thorne said how due to the nature of Perry’s illness the signs were simply too subtle – it was “not the real Josh”.

It was added he had left a note in his father’s car saying “I’m sorry”.

Mr Justice Garnham gave Perry a hospital order for him to remain at Ravenswood House, Fareham.

It is is a medium secure unit providing assessment, care and treatment for adults with serious mental illness.

During sentencing he said it is necessary to protect the public from serious harm.