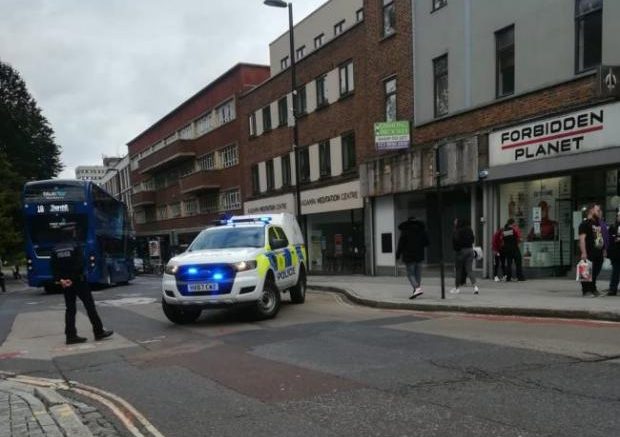 THE two men suspected to be involved in a gun drama in Southampton city centre have been released from police custody.

But it has been revealed that while the investigation is on going they have been banned from the city centre.

A statement from Hampshire Police said that after being questioned by officers in connection with the incident they have been released on conditional bail.

As part of their bail conditions the men must not enter Above Bar Street, Below Bar Street or West Quay.

Police said that the pair are due to return from bail on September 26.

As part of the investigation officers have seized two air weapons.

It comes after police arrested an 18-year-old man, then a 21-year-old in connection with an incident in Southampton on Saturday evening.

The arrests come after two people were seen with “long barrelled firearms” on the roofs of stores in Above Bar Street.

Police then cordoned off part of the city centre.

One man, a 21-year-old from the city, later reported he had been shot in the leg with what we believed to be an air weapon.

His injury is not considered serious.

Pictures of the incident, shared to the Daily Echo by readers, have been edited by the paper to blur the faces of those pictured.

The original images have been passed on to Hampshire police to aid its investigation.

Police said that the investigation is ongoing and added: “Anyone who has not yet got in touch with us but thinks they may have valuable information should get in touch by calling 101 and quoting 44200332797.”