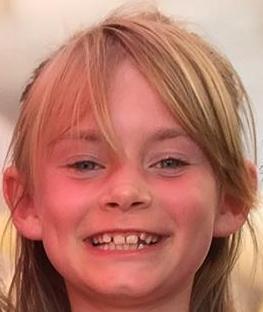 THE father of the 15-year-old girl who died after a boat crash in Southampton Water has paid tribute to his ‘beautiful daughter’ Emily Lewis.

Simon Lewis said the family were in shock and feeling a ‘deep sense of loss’ following her death in Saturday’s fatal speedboat collision in the water between Netley Abbey and Hythe.

Mr Lewis, his wife Nikki and Emily’s older sister Amy, 19, had all been on the rib which was heading into the Solent when it struck a navigation buoy.

He said: “Nikki and I need to share some very tragic news today. Our beautiful daughter Emily passed away yesterday.

“We were all involved in a boating accident in the Solent and Em suffered serious trauma and died not long after we got to hospital.

“Nikki and Amy suffered broken arms and are doing as well as expected.

“I have pain but no breaks but the emotional pain far outways the physical.

“We are all in shock that our beautiful daughter and sister is no longer with us and words just don’t seem to be available to express our deep sense of loss.”

A neighbour of the family, who live in Park Gate, today described Emily as ‘a lovely girl’.

The woman said: “They are a delightful family and Emily was a lovely girl. It’s just so very, very sad. My heart goes out to them.”

As reported, emergency services rushed to the scene on Saturday morning following the fatal crash between a charter rib and a buoy.

Twelve people who were on board the boat were taken to hospital after the crash at around 10.10am.

Police’s investigation, alongside the Maritime & Coastguard Agency and the Marine Accident Investigation Branch, continues and the force is asking people to submit any footage they have of the incident to them.