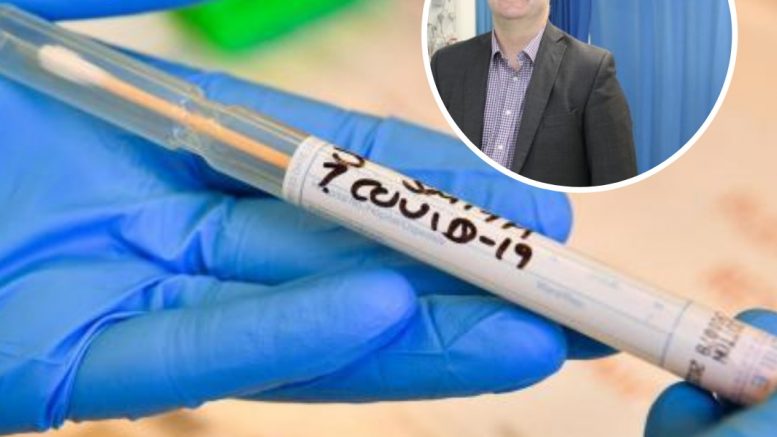 A SOUTHAMPTON-led trial that could protect against Covid-19 could help patients recover if a second wave hits.

It comes after it was revealed that an inhaled drug helped some patients fully recover from coronavirus.

Led by University of Southampton and Synairgen, patients who received SNG001 had a 79 per cent lower risk of developing a severe disease compared to a placebo.

Professor Tom Wilkinson, Professor of Respiratory Medicine at the University of Southampton and Trial Chief Investigator, said: “Twice as many in the study made a full recovery and it seems to speed up the rate that people recover.

“We are talking to organisations around the world to see how to deliver the next trial as rapidly as possible.

“If there are concerns for a second wave this winter, we will hopefully be at the next stage of development by then.

“The results confirm our belief that interferon beta, a widely known drug that, by injection, has been approved for use in a number of other indications, has huge potential as an inhaled drug to be able to restore the lung’s immune response, enhancing protection, accelerating recovery and countering the impact of SARS-CoV-2 virus.”

Both researchers and the 101 patients did not know whether they were receiving SNG001 or a placebo.

Patients receiving SNG001 were more than twice as likely to recover from Covid-19 as those on the placebo drug.

Southampton Itchen MP Royston Smith said: “This is very good news indeed.Early signs are that this new drug is very positive and could well be a successful treatment to beat Covid-19.”