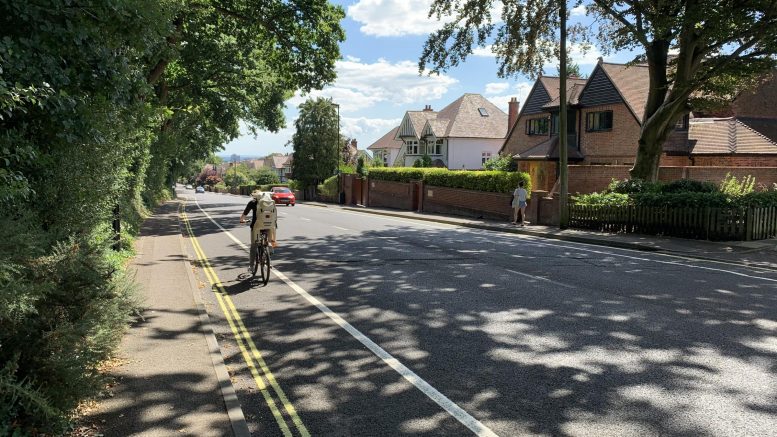 THE future of a controversial multi-million pound transport plan for Southampton has put in doubt.

Southampton City Council’s Green Transport Recovery Plan is to come under further scrutiny as it will be debated again in a special meeting next Tuesday.

Opposition leaders said there should have been more consultation on the plan and claimed the city council “is acting undemocratically”.

But civic chiefs said the plan is aimed at keeping people safe, supporting the economy, and encouraging walking and cycling.

As reported, the £4.1m plan includes proposals to trial temporary cycle and bus lanes across the city such as those on Bassett Avenue, The Avenue, Hill Lane and Bitterne Road West.

The closure of New Road, Above Bar Street and Portland Terrace is also part of the plan which was approved by cabinet members on July 14.

But Cllr Steven Galton, chair of the Overview and Scrutiny Management Committee (OSMC), has called the decision back in.

It is understood that the measures already in place will not be affected, but the proposals which are yet to be implemented will be put on hold until after next week’s meeting.

Cllr Galton said: “We think the executive are making the incorrect decision with this plan and that is the reason for the call-in.”

Official documents revealed that among the reasons for the call-in there are a “lack of prior consultation”, “insufficient focus on schemes that have the most likely chance of encouraging the long term facilitation of active travel” and a not “high enough priority on school streets schemes and low traffic residential zones”.

A document also revealed that the plan has been called-in because “it does not appear to support the economic growth element of the Southampton City Strategy”.

: “The Labour council are acting undemocratically because they are using government guidance as an opportunity to introduce their own ideas about how people should move around the city.

“Calling it in and ensuring the public view is heard is the right thing to do. ”

The city council previously stressed that consultations are ongoing .

Cllr Steve Leggett, cabinet member for green city , said: “Residents will be confused that local Tories are campaigning against their own government’s policy.

“This is not surprising as they have proven track record of opposing every Green City project that the Labour council have implemented.

“This ill thought-out ‘call-in’ will delay schemes that businesses tell us they need to survive. We encourage all residents to have their say by emailing traffic.orderslegal@southampton.gov.uk.”