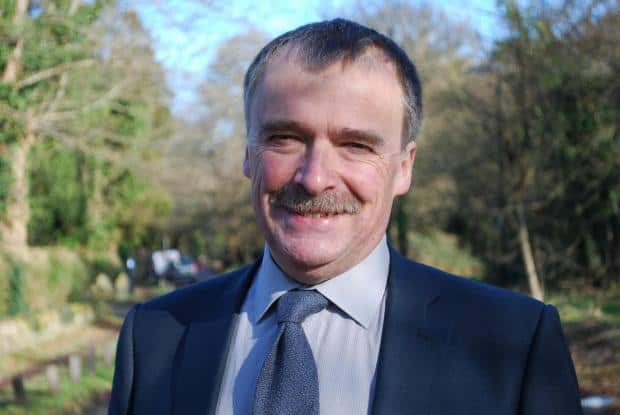 MORE than 100 people were killed or seriously injured on Southampton’s roads last year.

Six people were killed on Southampton’s roads, twice as many as those killed the year prior.

In 2019, 176 people were killed or seriously injured in road traffic accidents in Southampton, Department for Transport figures show.

The figures have caused a Southampton MP to call for more to be done to make safety safe in the city.

MP for Southampton Test Alan Whitehead said: “The rise in road accidents where people are seriously injured or killed does worry me.

“We need to be doing everything we can to make sure people can travel around the city safely which in particular includes providing safer spaces for cyclists and pedestrians.”

Royston Smith, MP for Southampton Itchen said that “every single” death on the roads is “one too many”.

He added: “The Government’s Road Safety Statement sets out how safety will continue to be enhanced to protect all road users, particularly the young and elderly.

“I am confident that with improved road safety initiatives we will see a reduction in the number of casualties on our roads.”

In Hampshire, 798 people were killed or seriously injured in road traffic accidents in 2019.

This was a decrease of eight per cent on the year before, when there were 867.

Of last year’s total, 35 were fatalities – down from 49 the year before.

Road safety charity Brake has called on the Government to strengthen roads policing, following what it described as a decade of “appalling stagnation” in the number of fatalities on Britain’s roads.

Joshua Harris, director of campaigns at Brake, said: “For nearly a decade now, we have seen an appalling stagnation in the number of deaths on our roads and it’s high-time for the Government to take responsibility and act.

“We need to rid our roads of dangerous drink and drug driving, introduce safe speeds in our towns, cities and rural areas and reinvigorate roads policing, which has been decimated by funding cuts.”

In Southampton, the total number of casualties, which includes non-serious injuries, fell from 756 to 589 between 2009 and 2019.

A spokesperson from Southampton City Council said that the council take road safety “extremely seriously” and ensure that this is at the “forefront of their considerations” when developing plans for the city’s transport infrastructure.

They added: “We use a range of educational programmes and initiatives that target vulnerable road users and raise awareness of road safety issues. These include roadside messaging and vehicle activated speed limit reminder signs to encourage speed awareness.

“Other opportunities include cycle safety promotion, with previous examples including the usage of bus back advertising to highlight the ‘Safe Pass’ message and encourage motorists to ‘Look Twice’ at junctions.

“We work in partnership with Hampshire Constabulary to carry out various road safety events, including for older and young drivers as well as ‘Safe Pass’ and child car seat check events.

“With the recent increase in people cycling and walking, we are now actively working on the delivery of a new road safety campaign that will encourage all road users to show consideration for each other. During the recent lockdown period, we also shared information from Road Safety GB advising all road users how to observe social distancing safely while travelling.

“Finally, we are working with our parks teams to implement ‘code of conduct’ signage to encourage considerate cycling in The Common and at other city parks.

“Additional reviews of data and road speed limits are also carried out as and when an issue is highlighted to us. It goes without saying that any accident is one too many and is a stark reminder of how important it is to continue improving the safety of our roads for all road users.

“Working alongside key stakeholders, we are already involved in a wide number of initiatives, including the ones mentioned above, to help prevent accidents where possible.

“Since announcing our cycling strategy in 2017, we have also invested significantly to make the city a safer and easier place to cycle. While we have already made a vast amount of progress, we recognise there is further to go and to this end we remain committed to developing our infrastructure to help prevent further tragedies from taking place and make sure that people can get around our city safely, easily and confidently.”

The Daily Echo contacted Hampshire County Council for a comment on the figures, but they did not respond before the paper went to print.