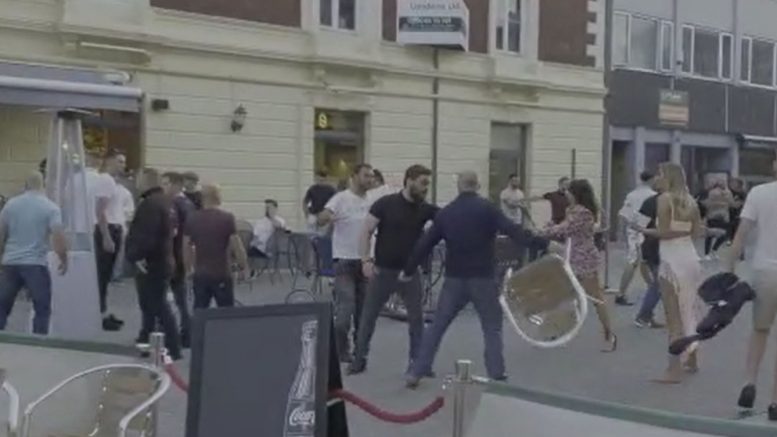 Oxford Street, which has a number of bars and restaurant, was the scene of violence on Saturday night.

People hurled chairs and tables at each other during a brawl at the Mailroom Cocktail & Wine Bar.

There “was not a [group] that was not fighting”, according to one witness.

The chaos is said to have spilled out into the street with onlookers fleeing the area fearing for their own safety.

The fight was reportedly sparked after a woman pushed a girl at another table at around 7.30pm.

Things “escalated” with between 20 and 30 people becoming embroiled in the chaos. One man, who wanted to remain anonymous, told how he was enjoying drinks with friends at a nearby bar when he saw “glasses flying around inside [the Mailroom]”.

However, no one was arrested and no complaints were made, according to police.

A police spokesperson added: “We were called at 7.30pm on Saturday 12 September to a report of a group of people fighting in Oxford Street, Southampton.

“No complaints were made and no injuries reported.

“No arrests have been made.”

The Daily Echo contacted the Mailroom and for a comment on the incident.