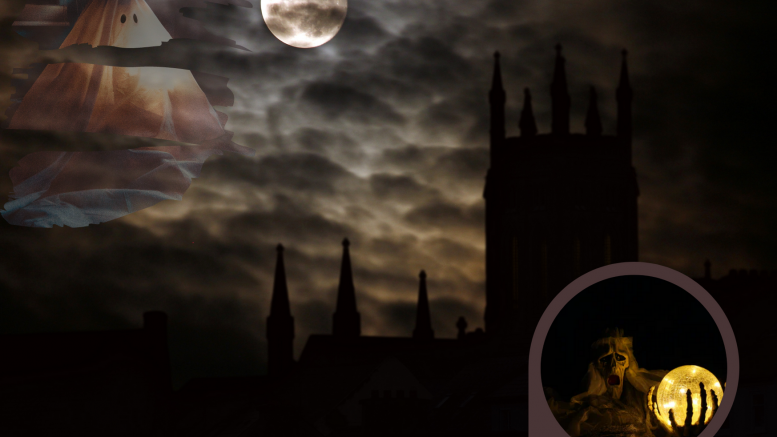 HAMPSHIRE’S most haunted places from limping phantom monks to knights on horsebacks.

Here are the most terrifying tales of ghosts and ghouls to grace the county.

Will you be seeking out the spirits this Halloween?

The sounds of phantom pipers can be heard sometimes; when David, King of Scotland was held captive here, he was allowed various luxuries, including a minstrel, whose musical prowess can reputedly still be heard to this day.

The minstrel is sometimes seen, wearing a coat of many colours. Shadowy shapes have also been seen amongst the ruins. There is also a phantom guard who maintained watch over David, who has been seen in the area of the castle.

A limping phantom monk has been seen, appearing close to house No.11 in the southern end of the close, and moving to the arch near the South Transept where he vanishes.

A phantom monk is also supposed to walk down the aisle and then up non-existent steps.

In the close, monks and chanting have been experienced, especially under the Cathedral library, where there are breezes reported on the calmest of days.

A “Green Lady” has been seen in room 20 and the adjoining corridor, but no further details are known.

In the bar and other rooms, “vague shapes” have also been reported; one man described them as being like a semi-transparent man and woman. In an upstairs corridor, footsteps have been heard and one frightened maid locked herself in a room to avoid them.

In the area of the Conservative Club and the Abbey there has been seen a Roundhead soldier.

This may be connected to events in 1642, when King Charles called on his loyal subjects to quash the Rebellion of Parliamentarian forces – at which point two Roudheads entered the town and were duly hung by a drunken rabble.

The ghost is seen clutching his throat and makes choking and gurling noises.

A phantom knight on horseback accompanied by a retinue of men, marches up the lane and into the churchyard.

Entering the church, they kneel in prayer before the altar before disappearing. The lead knight is said to be Sir William de Vernum, a 13th century landowner who was repelled at King John’s disregard for the law and sought a change in the monarchy.

The rebellion collapsed when John died. Some versions of this story say that only the lead knight is seen and that he is on horseback.

A ghostly monk, known as Blind Peter and wearing a white habit, roams the ruins of the abbey on Halloween according to some accounts.

The local legend is that he is guarding a “terrible secret” hidden in an underground chamber.

One researcher and his team noted a wriggling “hessian cloth” from which emerged a bulbous head, oval eyes and skewer-like teeth. An orange-red light was seen high on the triforium, and a lady in white with a parasol and two “nebulous” shapes drifting in the grounds are also resident spectres here.

The rarely seen ghost of Henry Rutley has been seen in the theatre, which he founded in 1856.

A ghostly soldier is sometimes seen in one of the boxes, and he is associated with a very cold blast of area felt in the area.

An actor who slit his own throat in a dressing room at the end of the 19th century is supposed to haunt that location; footsteps, whispers, sighs and lights that switch on and off have been reported here.

Check out more haunted places near you on the UK Haunted Locations Database.