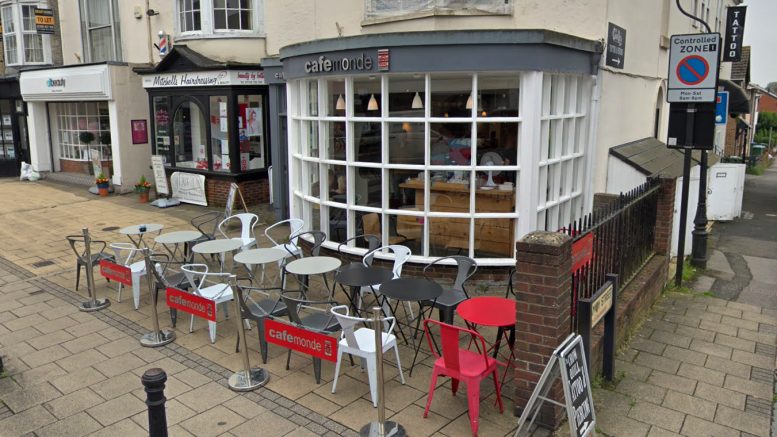 A number of roads around Bedford Place are to be temporarily closed from August 21, as part of plans aimed at supporting social distancing and boosting the local economy.

The news has been confirmed by Southampton City Council as the measures are part of the authority’s Green Transport Recovery Plan.

City bosses said the measures will be trialled before a decision is taken on whether or not they are made permanent.

Two-way traffic will be permitted along the lower half of Lower Banister Street while these closures are in place.

Two-way traffic will be permitted along Waterloo Terrace while these closures are in place.

A mixture of planters and concrete bollards will be used to implement the new measures, the council said.

Meanwhile, residents living in the Polygon area including Canton Street and Henstead Road will still be able to access their properties and diversions will be via Carlton Crescent.

City bosses said the public will be consulted while the scheme is trialled. The trial could last up to 18 months but at any time during the trial the council is able to modify or remove the scheme, according to the authority.

Civic chiefs said the scheme will provide “a safer, more spacious environment” and it will give businesses additional space to operate “safely” outdoors and creating the potential for increased trade.

The authority said the measures will also complement the government’s Eat Out to Help Out scheme, recently launched to support the reopening of restaurants.

The news has been welcomed by civic chiefs, opposition leader and the business community.

Giles Semper, Executive Director of GO! Southampton BID, said: “We are desperate to see Bedford Place return to its glory days and be the boutique quarter that a city like Southampton deserves. Our hope is that the closed section of Bedford Place can be dressed and animated in such a way that it creates a new destination that is safe and attractive. For those who doubt, I’d say ‘give it a chance’! This is a trial closure from which we will all learn. Great cities are not created without taking risks, and we applaud the council for having the courage to try something new and different in the face of unprecedented events.”

Cllr Dan Fitzhenry, leader of the opposition at the city council, added: “It is great to be supporting businesses right now when they need our help and the use of tables and chairs outside during the warm lovely summer is critical to support hospitality businesses. Our concerns on traffic are on the main routes into the city but when it comes to the city centre using road space to support local businesses in principle is a good move.”

The news comes as opposition councillors had previously raised concerns over some of the temporary measures part of the Green Transport Recovery Plan such as the temporary cycle lanes on The Avenue and the pop-up bus lanes on Bitterne Road West.

Cllr Steve Leggett, cabinet member for green city and place, previously defended the council’s plan. He said the changes in Bedford Place will create “a more attractive and safer environment for people wishing to enjoy the many hospitality providers on offer”.

He added: “These businesses are an important part of our local economy and it’s vital that we support their recovery following the damaging impact of Covid-19 on the hospitality trade. The measures at Bedford Place will do just that, allowing our local businesses to counteract the commercial challenges of social distancing in a successful and innovative way. They will also contribute to our long-term aims to reduce congestion and create an inviting city centre where people want to spend time and invest in our local economy.”

Cllr Leggett said the council is also looking to enhance the School Streets programme in Southampton. The initiative would see the roads outside schools closed at drop off and pick up times. He said 12 local schools have already shown interest, with one School Streets scheme ready to start at Shirley Junior School next month.

To have your say on the Bedford Place scheme write to the Highways Legal Team at Southampton City Council, Civic Centre, Southampton, SO14 7LY or email Traffic.Orders.Legal@southampton.gov.uk.