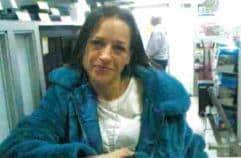 POLICE have found a car following a search for a Southampton woman who has been missing for six months.

Officers scoured the western bank of the River Itchen as part of their hunt for missing Joanne Sheen.

Following their extensive investigations, officers recovered a “vehicle and several other items”.

These have been sent for forensic analysis to determine whether they held any links to Joanne.

A police spokesperson said: “At this time, there is no information to suggest the items seized are linked to Joanne going missing.

“The searches concluded on August 6 and the investigation into her whereabouts is ongoing.”