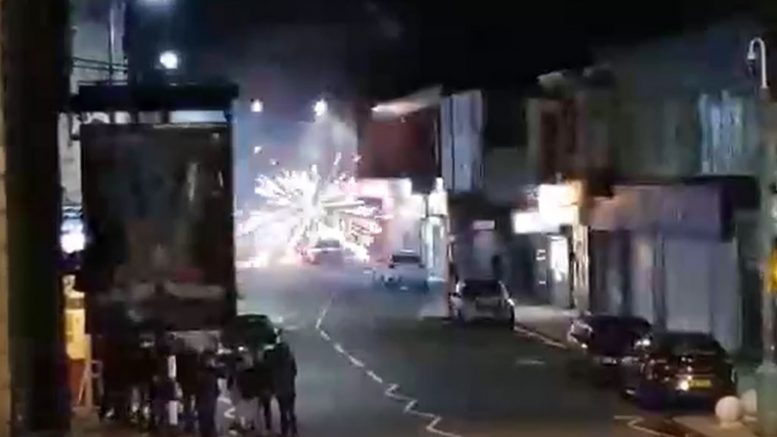 POLICE were called after fireworks were let off in a Southampton street – just metres from pedestrians.

Minutes after it was announced that a new national lockdown will start on Thursday, St Mary’s Street echoed to the sound of deafening bangs accompanied by sudden explosions of colour.

It follows the cancellation of organised displays that fell victim to social distancing rules imposed to reduce the spread of Covid-19.

One woman said people started letting off fireworks from 7pm.

She added: “Although police were called none attended probably due to it being a Saturday night and Halloween. Also due to impending lockdown measures.”

But police say they visited the area and carried out a search.

Writing on social media yesterday evening Southampton Cops posted: “My team is on duty and been on high visibility patrol in town.

“Although our resourcing was low, we were supported by our Special Constable family, street pastors, licensing colleagues and security from all the venues.

“Most of the partygoers had been very engaging with the police and complied with the rules at the venue.

“Most people went home as quickly as possible through our joint engagement and encouragement.

“The night continues for us after all the venues were shut.

“We will spend the rest of evening on patrol to prevent any ASB issue and response to urgent calls. We hope to keep you safe so you can sleep easy.”

Today a Hampshire Constabulary spokesperson added: “We received several calls just after 7pm reporting that a group of young people were setting off fireworks in St Mary’s Street and the Hoglands Park area.

“We deployed to the area and carried out a search for some time. No-one was reported as injured.”