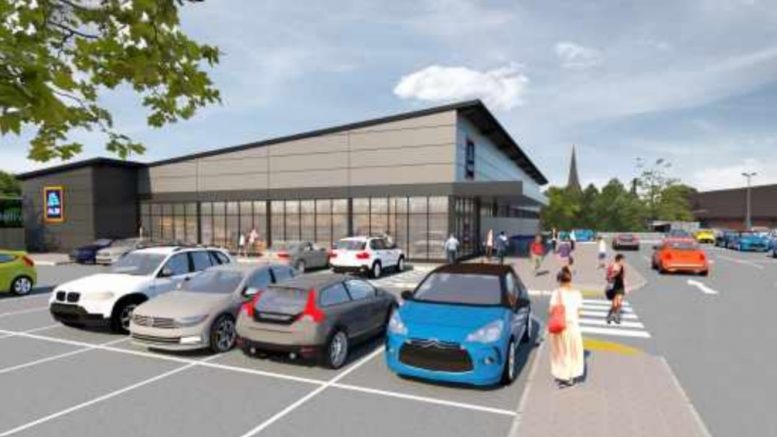 A VARIETY retailer in Southampton could be transformed into a German store giant should plans be approved by civic chiefs.

Plans to build a new Aldi, which could be replacing a Southampton B&M store, have been submitted to Southampton City Council.

The plans have been unveiled by the German supermarket giant, which plans to take over the B&M store on Auckland Road in Millbrook.

The plans have been met with support from members of the surrounding area, with residents stating the store would be a “major plus”.

In a letter to the Council, Kevin Brown of Sedbergh Road said: “This will be a major plus for the area especially for disabled people like my self as the only option is Tesco which isn’t that cheap when you are on a budget.”

Paula Harding of Oakley Road added: “I would be glad to see something go up on that site and would love to have an Aldi close to me.

“The nearest one is Portswood so I can’t go because it isn’t that easy for me to get there.”

However, concerns have been raised regarding the extra traffic that could be brought into the area, adding to the already existing air pollution.

Simon Reynier from the City of Southampton Society said: “We are happy with the design of the new building, the re-arrangements to the car-park and landscaping. We also note the extensive work carried out to identify a suitable site in the west of the city.

“However despite the Transport Assessment we have our concerns about increases in traffic on Tebourba Way, Millbrook Road West and the roundabout at their confluence. This area already suffers from severe air pollution. Any additional traffic, especially with engines idling at the multiple traffic lights in the area, can only make the situation worse.”

A spokesperson for the retailer said: “Aldi is excited about its proposals for a new store in Southampton, it has been looking for a suitable site to the west of the city for some time and thinks the Auckland Road location is ideal. If successful, this significant investment will create up to 40 new jobs for local people and provide easier access to Aldi’s great value, award-winning offer for thousands of residents.”

The plans come as a new Aldi store is set to open in the city this month.

The new Aldi store on Bursledon Road is to swing open its doors to customers on November 26.

The budget store, run by Store Manager Nick Simpkins along with a team of 40 colleagues from the local community, will officially open for business at 8am.