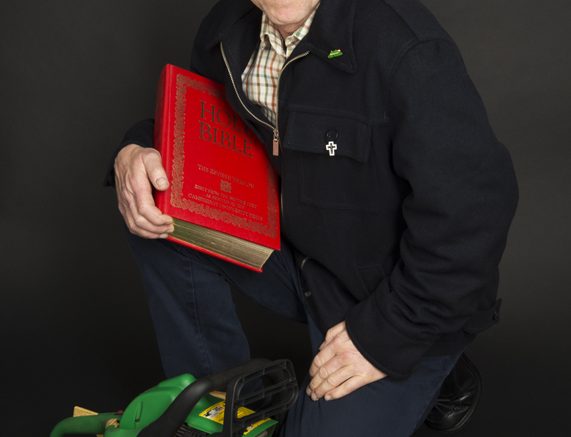 The 64 year old has written and produced his third novel within six months.

According to Nigel, the project seemed impossible, but was greeted “enthusiastically” by Winchester printers Sarsen Press.

“Sarsen had produced my first two novels”, said Nigel, of Whaddon Lane. “So we did have the advantage of having worked together before and that helped a great deal.”

Inspired by a short story written for the village Facebook page, Suggestion is a 200-page historical romance set in Owslebury and Morestead.

“I wanted to explore the dynamics of a relationship between an 18th century tavern keeper’s daughter, and a highwayman”, added Nigel. “But, as has happened before, the characters took on a life of their own.”

Nigel was also fortunate to have two artists in the village upon whose talents he could draw for the book cover and the colour frontispiece.

“I have to thank Eleanor Belton, and Cathy Fox for seeming to understand exactly what I wanted”, he said. “Their work compliments the novel perfectly”.

Asked about his writing history Nigel explained that he was given his first adult novel at the age of eleven years by his English teacher Angela Kirby.

“It was Jamaica Inn. Mrs Kirby told me I was ready to read grown up books and that was the beginning. I went on to writing my own short stories and articles, but it was a long wait for my first novel, which was published in 2017.

“I remember the huge thrill of actually holding the first copy in my hand.”

A fourth novel is already underway. In the meantime Suggestion is readily available from Ebay.

His first novel Get Him Out proved be so controversial in its content, that following his publisher’s advice, it is now only available from the author himself.