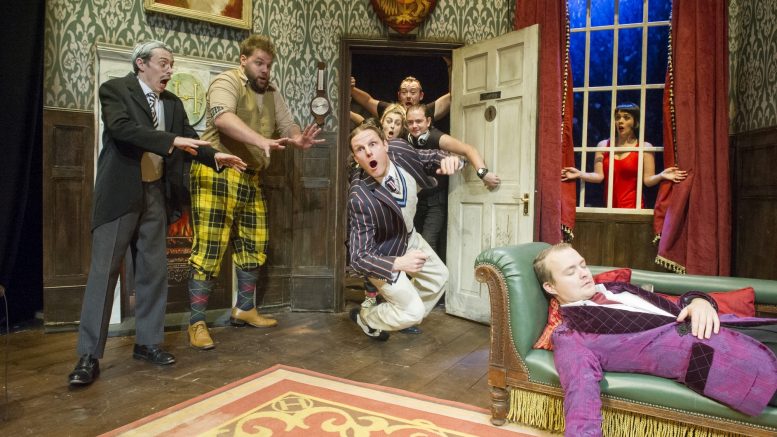 THE Play That Goes Wrong, the Olivier Award-winning box office hit, will return to Mayflower Theatre in February with socially distanced seating.

The show’s success is a testament to the hard work and determination of a group of drama school graduates who became friends, set up a company under the name Mischief and created an extraordinary body of work. The Play That Goes Wrong shows no signs of slowing down since its first performance at a London fringe venue with only four paying customers. Since then, it has played to an audience of over two million and now has productions in more than 30 countries.

The play features the (fictional) Cornley Polytechnic Drama Society who are putting on a 1920s murder mystery, but as the title suggests, everything that can go wrong … does! As the accident prone thespians battle against all the odds to reach their final curtain call, hilarious results ensue!

The Play That Goes Wrong will run from February 2 to 7.