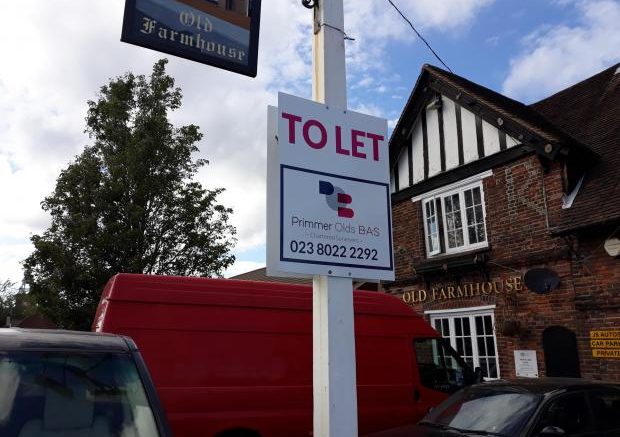 ONE of the oldest pubs in the city is back on the market.

The Old Farmhouse in Mount Pleasant Road had its doors chained shut after health inspectors found the kitchen was infested with rats last spring.

Described as a “historical gem in a suburban setting”, the 17th-century pub is now listed with an annual leasehold of £30,000.

It is being advertised with agents Primmer Old.

However, last year when the property was advertised with Savills an offer was made by a “private and local” individual.

Former owner, Enterprise Inns, has since confirmed it sold the pub.

As previously reported, a damming inspection of the premises found rat droppings in a food storage area and no hot water for the whole building.

The Food Standards Agency, which carried out the inspection published a report saying the pub needed “urgent improvement” and gave it a food hygiene rating of 0 out of 5.

Environmental health officers found rat droppings behind an ice machine and in the food storage area during the inspection last February.

Enterprise Inns claimed it was being operated by a separate management company, Pub Solutions Limited.

However, city residents groups and historical associations called on the pub to be saved.

At the time, Chairman of the Outer Avenue Residents Association, John Hayward, said it would be a shame if the pub closed permanently and would be a sad loss for the city.

He said: “It is remarkable how fast pubs are disappearing everywhere. The Old Farmhouse should be saved.”

In a state of neglect, the Grade II listed building boasts many original features including low ceilings, exposed beams and brickwork. It is even rumoured Oliver Cromwell stayed there in the 1650s.

Bevois Mount History, spokeswoman Ally Hayes, said: “I would like it to open up again, but with owners who are aware of its importance as a historical site and who are able to give it a proper profile.

A DRUG dealer carrying £2k worth of heroin and cocaine has been jailed. Daily Echo | News …

AN ‘alternative trick or treat’ has been organised around Weeke for this half-term. Daily Echo | What’s On …

A COLLEGE has confirmed that two learners have tested positive for coronavirus. Daily Echo | News …