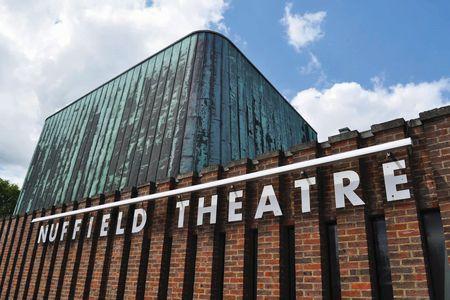 THE operator of Southampton’s Nuffield theatres is to close for good with the loss of 86 jobs.

Nuffield Southampton Theatres (NST) went into administration in May after the coronavirus crisis wiped out its income.

Administrators had been hoping to find a buyer for the business, which ran NST City in Southampton’s cultural quarter and until recently ran NST Campus, which closed as part of a refurbishment at Southampton University.

Joint administrator Greg Palfrey, of the south coast office of Smith & Williamson, said: “This is a sad day for the theatre industry in the UK, bringing the final curtain down on nearly 60 years of history of NST as a venerable performing arts institution in Southampton.”

He added: “Regrettably, we have no choice but to make all 86 staff redundant, bar a handful retained in the short term to help us with the administration, as NST can no longer be sold as a going concern.

“Our thoughts are very much with employees and their families, as well as freelance artists and theatre makers.”

Plight of Nuffield Southampton Theatres a ‘blow’ to the city

News of the administration had shocked the theatrical world, with fears that other leading venues could go the same way.

It had also raised concerns about the future of Southampton’s bid to become City of Culture 2025.

Smith & Williamson said there had been more than 30 expressions of interest in the operator which had been whittled down to four potential buyers.

But none had been able to satisfy the criteria set by the trust’s key stakeholders – Southampton City Council, Arts Council England and University of Southampton.

Mr Palfrey said: “The four shortlisted applications were serious about buying NST but were unable to satisfy the stakeholders’ criteria for a future operator of Studio 144, which was home to NST City at Southampton’s Cultural Quarter.”

He added: “We brought serious buyers to the table in a challenging market; the final decision rested with stakeholders. We did everything we could to keep NST alive.”

In a joint statement, Southampton City Council, Arts Council England and University of Southampton said: “Having carefully considered the applications we received against the parameters agreed in our shared criteria for a future operator for Studio 144, we concluded that none demonstrated the level of sector and local knowledge, business sustainability or strategic experience required to deliver a resilient and collaborative model for the communities of Southampton, and all contained a significant level of risk.

“Therefore, we have unfortunately not been able to progress discussions with any of the parties. We continue to work together as stakeholders on an alternative, sustainable resolution that builds on the city’s cultural ambitions and benefits its communities.”

The original Nuffield Theatre, NST Campus, remains in the ownership of the university, while the NST City site is owned by the city council.

Petition to save Nuffield Southampton Theatres

A petition urging Southampton City Council to save the theatres, launched by casting director Annelie Powell, has attracted more than 12,400 signatures.

Mr Palfrey said all NST equipment and props at NST Campus were transferred to NST City and will be sold to help pay creditors.