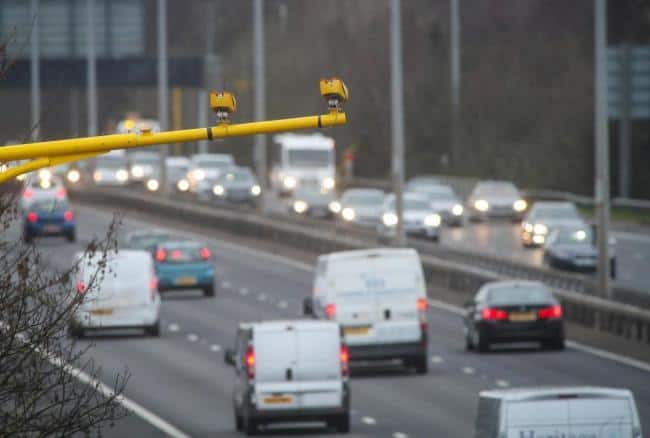 This was 22% more than the 73,031 logged during the previous year, and more than double the 8% increase across the 43 police forces in England and Wales.

In Hampshire, cameras caught nearly all (98%) recorded speeding offences last year, which accounted for 93% of all motoring offences over the period – compared to 85% across England and Wales.

Speeding drivers in the area were sent on a speed awareness course on around 47,300 occasions, while around 26,300 offences resulted in a fine.

Offences were cancelled in around 9,000 cases, while 6,700 resulted in court action.

Earlier this year, the Echo also revealed that 12,000 drivers were caught speeding through the M27’s temporary 50mph speed limit since it was set up in February 2019.

A Freedom of Information (FOI) request revealed how average speed cameras clocked 12,295 drivers breaking the temporary limit, between Fareham and Eastleigh, since it was introduced in February 2019.

And as previously reported, Hampshire Constabulary had recorded a dramatic drop in the number of drivers caught speeding at the start of lockdown in April, compared to a year earlier.

Speaking about the speeding figures, road safety charity the RAC Foundation said this could be down to a variety of factors, including differences in road networks, traffic volumes, policing priorities and resources, and the availability of detection technology.

The group’s director Steve Gooding said: “Not for the first time there seems to be a patchwork approach to speed enforcement across England and Wales, with different constabularies dedicating varying levels of resource into catching those who break the limit.”

Across the country the number of people caught breaking the speed limit hit 2.6 million in 2019-20.