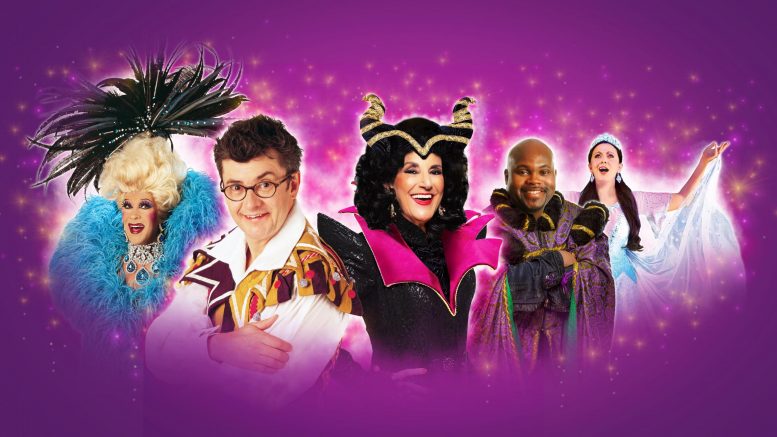 PANTOMIME will grace the stage in Southampton this Christmas after all. Oh yes it will.

The production is able to go ahead thanks to the support of The National Lottery, which will give thousands of theatregoers, in Southampton and across the country, the chance to enjoy socially distanced pantomime this Christmas. They have made it viable for ten venues, including Mayflower Theatre, to open their doors to audiences, generating vital income for the theatre and helping to restore jobs while providing much-needed cheer for pantomime lovers nationwide.

Comedian and actor Joe Pasquale will lead the cast in the role of Princess Beauty’s best friend, Muddles. Joe has been delighting audiences for more than 20 years with his live stand-up tours and has appeared in several major theatrical productions including Mel Brooks’ The Producers and the West End version of Spamalot. He was also crowned King of the Jungle in ITV’s I’m A Celebrity.

Lesley Joseph joins him as the evil Carabosse. Best known for Birds of a Feather, Lesley most recently starred as Miss Hannigan in Annie.

Georgia Carr, a graduate of Mayflower Theatre’s Summer Youth Projects, will play Sleeping Beauty. She has also performed the role of Katherine Howard in SIX.

Mayflower Chief Executive Michael Ockwell told the Daily Echo: “I am delighted that during these challenging times, we are able to bring much needed uplifting entertainment to Southampton with Sleeping Beauty. Thanks to our producers, Qdos Entertainment and The National Lottery, our audiences will be able to enjoy a safe socially distanced pantomime for the whole family this year. Audiences can look forward to something very special for the festive season. Christmas is on in Southampton!”

This year’s production, created especially for Mayflower Theatre in this unprecedented year, will be a riotously funny, one-act celebration of pantomime, packed full of comedy and laughter.

The previously advertised production of Cinderella is to be staged in 2021.