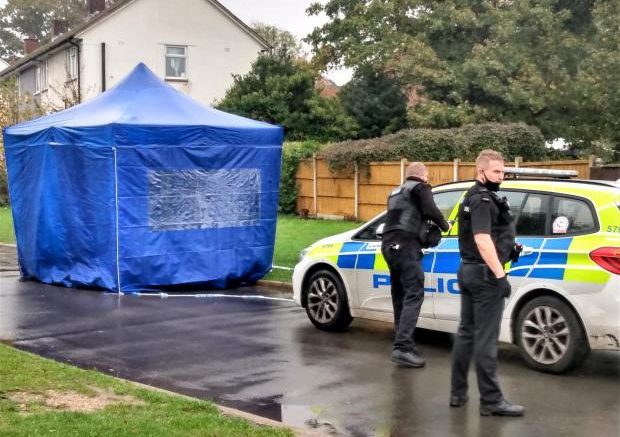 A MAN was stabbed following an altercation with two men in the early hours of this morning.

There was a large police presence on Barnfield Road, Weston earlier today following reports of a “serious assault”.

A spokesperson for Hampshire Constabulary said: “We were called at 12.40am this morning (Tuesday, October 27), by colleagues from the ambulance service, to a report of a serious assault on Barnfield Road, Southampton.

“A 56-year-old man had suffered stab wounds to his neck and stomach following an altercation with two men.

“He was taken to Southampton General hospital for treatment.

“His injuries are serious but not believed to be life-threatening. ”

A police tent has been set up on nearby Barnfield Way.

Officers are carrying out enquiries in the area to establish the exact circumstances as to what happened.

They are considering the incident to be isolated and said “there is no risk to the wider public.”

The spokesperson for Hampshire Constabulary added: “If you have any concerns or issues, please don’t hesitate to speak to the one of the officers.

“If you were in the area around the time of the incident and saw or heard anything suspicious, please get in touch by calling 101 and quoting reference 44200416726.”