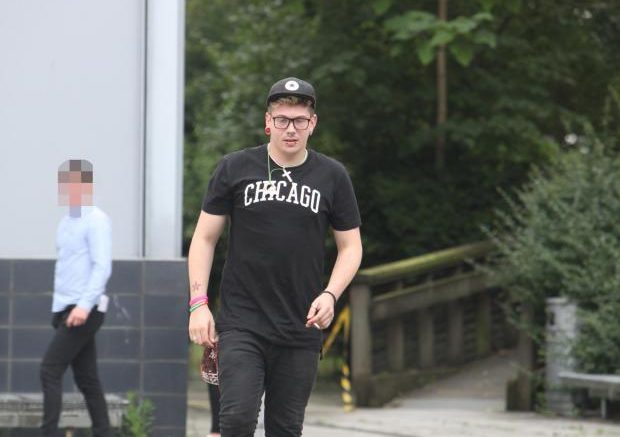 A MAN who caused shipping chaos for the port of Southampton has narrowly escaped going to jail.

Charlie Vaughan could have “easily caused a ship to sink, collide or people getting killed” by sending nuisance radio transmissions.

Between April 1 and June 27 this year he broadcast approximately 400 times, a court heard.

The 25-year-old played music, hurled abuse and made threats to kill.

His antics impacted the port so much that mobile phones had to be used to manage shipping traffic.

The disruption he caused meant a tug boat had to be used to safely tow a cargo ship of 300m – one of the largest in the world – to port.

On numerous occasions, he made racial slurs directed at Polish, Chinese and black people.

Vaughan who is unemployed and supported by his partner appeared before Southampton Crown Court on Friday facing a charge of sending malicious electronic communications to which he pleaded guilty.

The service is used to “provide safe navigation in the Solent” for ships.

Ofcom engineers were eventually recruited to find the source of the transmissions.

They spent 450 man-hours trying to trace him.

He was eventually found in bed with three handheld radios at his home in South Street, Hythe.

His partner had bought him two as a birthday present.

Meanwhile, he boasted a selection of radio user guides and manuals.

Mr Upton argued an aggravating feature was the danger to public safety.

In 2017, Vaughan was given a 12-month community order for impersonating a police officer.

Defending, Mark Florida-James said there are clearly mental health issues and how Vaughan suffers from ADHD and Asperger’s syndrome.

A statement from Vaughan read on his behalf said: “Sorry. I really am sorry for the upset I have caused.”

Mark Florida-James added that his client has taken responsibility for some of his own actions.

During sentencing Judge Gary Burrell QC said: “This is a very, very serious case. It endangered the safe navigating of ships on the Solent.”

He said how Vaughan could quite easily have caused a ship to sink, collide or people getting killed.

But added that Vaughan had serious mental health problems.

He was given an 18-month sentence suspended for two years.

This included a six-month sentence for assaulting two emergency workers on April 29 last year. Vaughan must pay £1335 in costs.