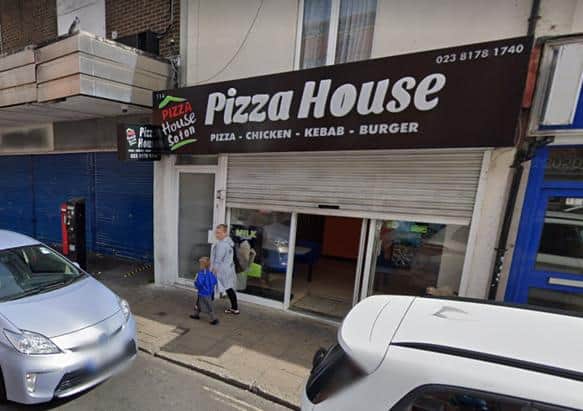 A man has been arrested after pulling out a gun during an argument in a takeaway in Southampton city centre yesterday afternoon.

A 42-year old man has been arrested after pulling out a gun during an argument in the Pizza House takeaway on St Mary’s Street, Southampton. Image: Google Maps

A spokesperson for Hampshire Constabulary said: “We were called around 2.20pm on Saturday 21 November to a report of a man in St Mary’s Street, Southampton with a firearm.

“It was reported the man had entered Pizza House restaurant and had an exchange with a customer inside, during which he pulled a handgun from his waistband before leaving again and getting into a white Mini Cooper.

No-one was injured during the exchange.

Armed officers were dispatched to the area and an extensive search was launched for both the suspect and the vehicle he fled in – a white Mini Cooper.

Multiple police vehicles were seen in the City Commerce Centre industrial park last night (21/11/20) as police searched for a man who pulled out a gun in a Southampton takeaway.

A helicopter was seen circling over City Commerce Centre industrial park near Central Bridge, at about 5pm yesterday in connection with the search.

Hampshire Constabulary has confirmed that the vehicle was seized.

A search helicopter was involved in police operations after a man pulled out a gun in a Southampton takeaway. Pictured: City Commerce Centre industrial park 21/11/20

A 42-year-old man from Southampton has been arrested on suspicion of; possessing a firearm without a certificate, driving a motor vehicle dangerously, failing to comply with an order to stop a moving vehicle, possessing a knife blade or sharp pointed article in a public place and possessing an offensive weapon in a public place.

The man remains in custody.

Chief Inspector Ricky Dhanda, Deputy District Commander for Southampton, said: “I understand that this incident will be concerning to local residents in the St Mary’s area.

“Please be assured we take all reports of incidents involving a firearm extremely seriously, and we are continuing to make enquiries in the area today.

“At this time, we do not believe there to be a wider threat to the community, with those involved believed to be known to each other.”

Anyone who saw a white Mini Cooper in the St Mary’s area yesterday afternoon around 2.20pm or with information about this incident should contact police by calling 101 and quoting the reference 44200450896. 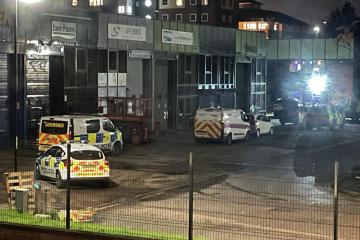