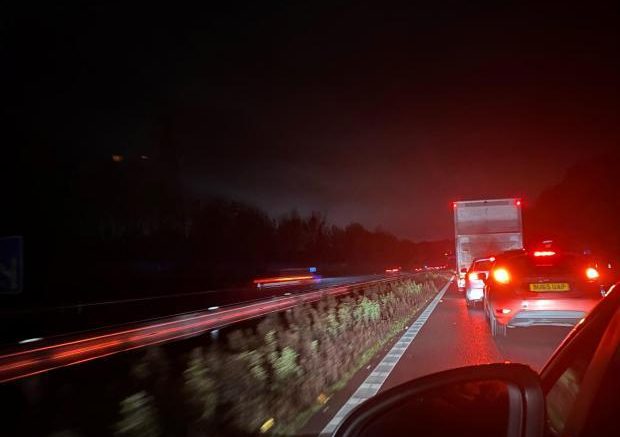 A MAN is fighting for his life following a serious incident on the M3 motorway.

A 21-year-old man from Winchester has been left with potentially life-threatening injuries following a serious incident at around 4pm on Saturday.

He was hit by a vehicle near to the Northbound slip-road at Junction 11 and rushed to hospital.

According to police, he had attacked a 59-year-old man from Southampton on the carriageway.

His alleged victim was left with serious but not life-threatening injuries and has since been discharged from hospital.

The motorway was closed for several hours to allow officers to investigate the circumstances of the incident and was subsequently re-opened at around 11.30pm.

Officers now want to speak to witnesses to help with their investigations.

A police spokesperson said: “Were you on the M3 at the time? Perhaps you have dash-cam footage of the assault or of the vehicle prior to the collision?

“Alternatively you can contact independent charity Crimestoppers anonymously on 0800 555 111.