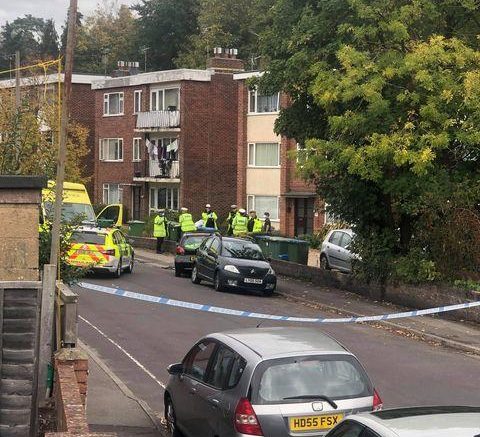 EIGHT police cars and three ambulances shut off a Southampton road after rushing to the scene.

As well as marked police vehicles, Hampshire Constabulary forensic officers have also been spotted at the scene on Woodside Road in Portswood.

Officers at the scene confirmed to the Daily Echo that the incident involved a “road traffic collision”, but would not reveal any further details.

A witness said that the incident involved a “motorbike crash” but this has not yet been confirmed by Hampshire police – who has been contacted for further details.

Flowers have also been seen at the scene.

A bouquet of flowers has been laid at the scene

Part of the road has been shut off while an investigation is carried out.

Two unmarked police cars were also spotted at the scene.