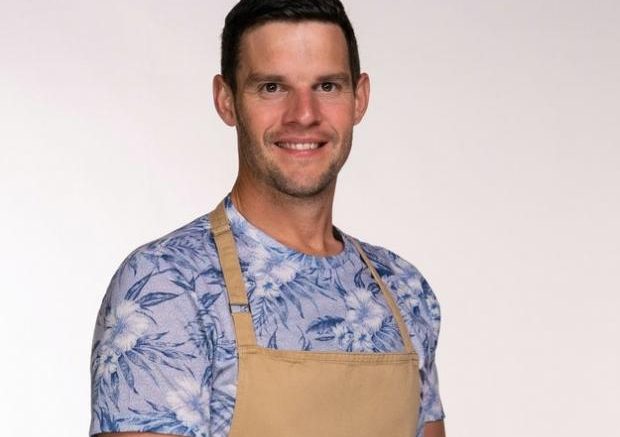 This year’s The Great British Bake Off contestants have been unveiled by Channel 4.

From a panto producer looking to put on a show to a music teacher hoping to hit all the right notes, we’ve put together everything you need to know about those taking part.

The series was delayed by the coronavirus pandemic but producers have promised fans the show will look the same as it usually does.

Paul Hollywood and Prue Leith will return as judges.

However, there will be at least one change. Comedian Matt Lucas replaces Sandi Toksvig as the programme’s co-host alongside Noel Fielding.

Dave came to baking relatively late in life – only becoming an expert in the kitchen after leaving home.

Now living with his girlfriend, his baking style is described as “innovative and imaginative” while his strengths lie in bread – including pretzels, brioche rolls, and baguettes – as well as decoration.

When he’s not baking, Dave can be found pursuing his other passions – cars, DIY, and taking his dog and cat for walks.

Hermine’s love of baking stretches back to spending time in the kitchen with her mother during her childhood in Benin, West Africa.

The French influence in Benin is evident in Hermine’s baking – she has a love of high-end patisserie and enjoys making intricate millefeuille, eclairs and entremets

She moved to London in 2001 to pursue further education.

Baker Laura will star in the latest series of The Great British Bake Off (C4/Love Productions/Mark Bourdillon)Laura started baking at the age of eight but it was only a few years ago she realised she had a flair for it.

She specialises in decoration and is proud to have mastered the art of piped buttercream flowers.

Laura also loves citrus and strong flavours and is said to enjoy putting a modern twist on old classics.

Linda’s love of baking was sparked during childhood trips to her aunt’s dairy farm, where she was taught to make cakes topped with creamy icing.

She still buys homegrown produce from another aunt’s fruit farm and uses it in her baking.

Her strengths are in the classics and in home-comfort cooking, like her signature sausage rolls.

Born and raised in Jamaica, Loriea uses baking as a means to celebrate her Caribbean roots.

She was taught how to bake as a five-year-old by her grandmother.

Loriea loves to include coconut, chillies and cinnamon in her food – and rarely follows a recipe exactly.

Panto producer Lottie will put her baking skills on show in the latest Bake Off (C4/Love Productions/Mark Bourdillon)Lottie is another contestant whose love of baking was handed down by a family member.

Her Lancastrian great-grandmother was a fervent baker and Lottie has been watching cookery shows since she was a child.

She describes herself as a “perpetually frustrated perfectionist”.

Makbul is a self-taught baker who first started cooking at home as a means to help support his mother.

He honed his skills through watching TV shows and reading books, as well as drawing inspiration from famous chefs.

Marc took up baking bread as a form of therapy after losing his leg in a motorcycle accident in 2016.

From there, he began making cakes and pastries, from palmiers and chausson aux pommes to opera cakes and millefeuille.

He has also taken up climbing again, an activity he spent his youth doing.

Mark said he fell in love with baking at a pie shop in Edinburgh, visiting every day while at university for the shop’s Mac ’n’ Cheese pie.

He then started experimenting with making his own baked goods – including a lemon drizzle cake and multi-tiered wedding cakes.

His style is influenced by his Irish heritage, but also by the flavours of Africa and Asia, where he travels regularly for work.

Peter grew up on his mother’s home cooking and was inspired to start baking himself by Bake Off.

He has watched every series and has been baking seriously since he was 12.

Peter said he loves to honour his homeland in his cooking, using Scottish ingredients – including berries, whisky, oats and honey – whenever he can.

Rowan is entirely self-taught and describes his baking style as ostentatious but tasteful.

French patisserie is his passion and he is drawn to fine, complex, layered cakes.

Rowan also enjoys decorating his bakes with flowers, preferably edible ones, using what is in bloom in his garden.

Sura has many Middle Eastern and Asian influences in her heritage and says she enjoys experimenting with ingredients and flavours from around the world.

She likes to improvise in the kitchen and rarely sticks rigidly to a recipe.

Sura said she enjoys working with fragrant and floral flavours such as cardamom, rose and orange blossom.