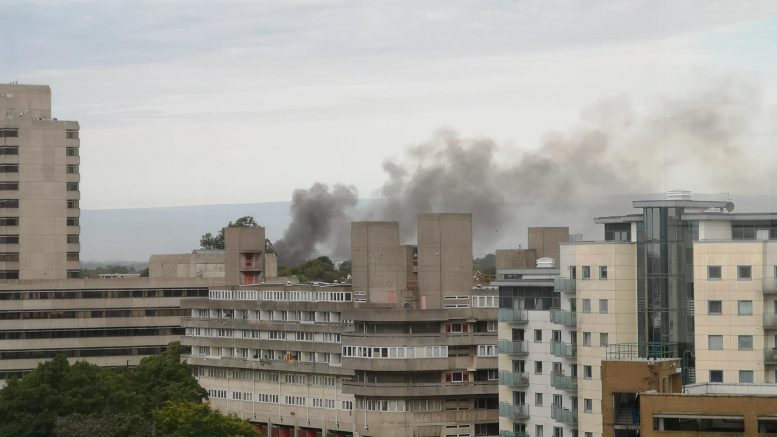 HUGE clouds of smoke were seen in the air following a fire at a Southampton car repair firm.

Four fire crews rushed to the Vincent Bodyworks garage, on Mansion Road, Freemantle, at 10.17am this morning.

They fought to put out the fire at the single-storey garage for over an hour, which had stopped by 11.38am.

Nearby residents said they could hear sirens coming from the area.

A spokesperson for Hampshire Fire and Rescue Service said: “Crews from Redbridge, St Mary’s, Hightown and Beaulieu were mobilised at 10:17 to a fire at a commercial garage on Mansion Road.

“There was a fire in the single-storey garage which was extinguished using two breathing apparatus, three jets and tactical ventilation.”