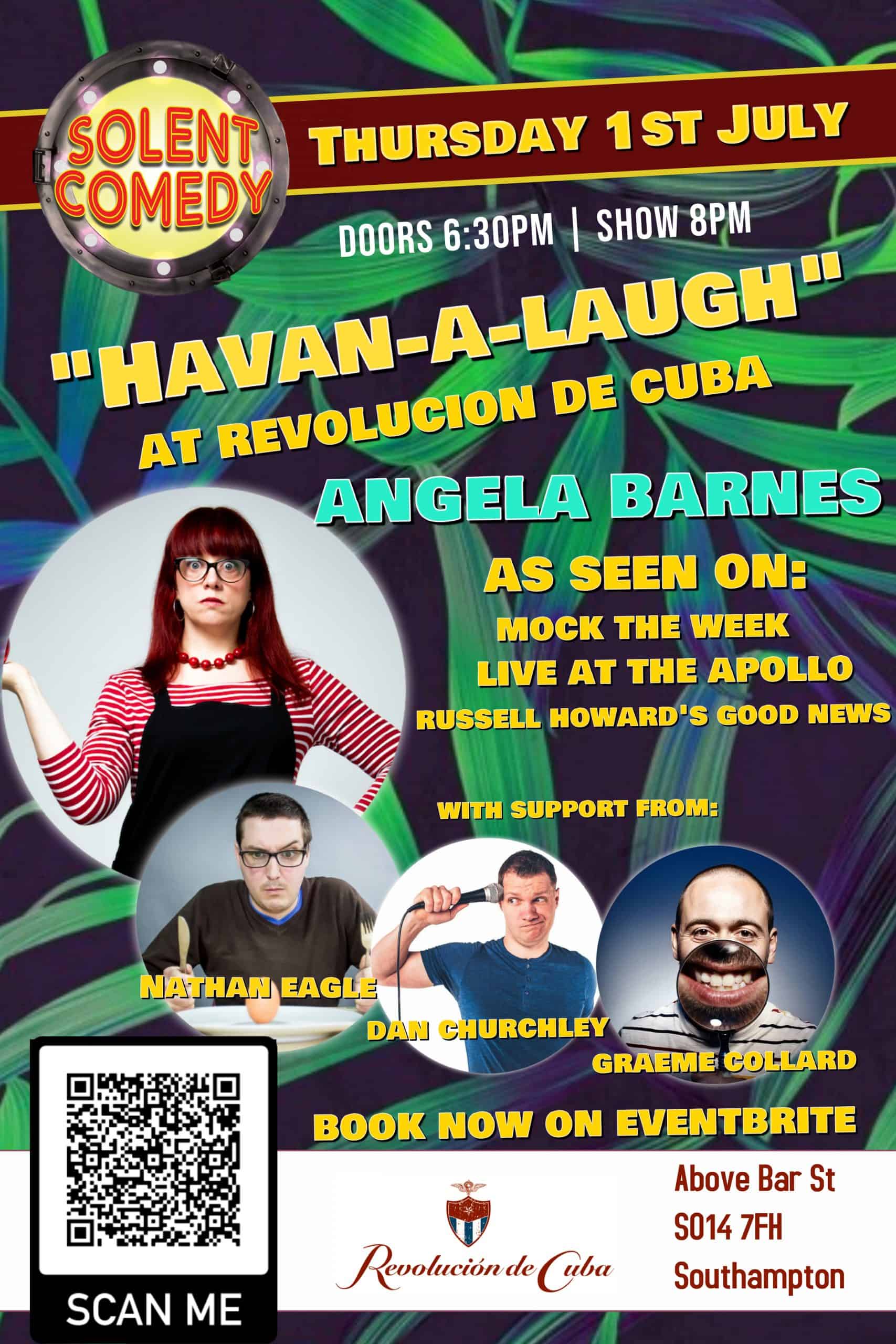 As seen on: Mock The Week/Live at The Apollo/Russell Howard’s Good News

“Angela Barnes is the best mainstream female comedian I’ve seen since Sarah Millican… I can’t be any clearer than that can I?-BRUCE DESSAU, EVENING STANDARD CRITIC

A beautifully paced performance that was aided by the consistent quality of her jokes, many of which showed a great skill with self-deprecation.-CHORTLE

Portsmouth Comedian of the year winner

As seen on Britain’s Got Talent and BBC1