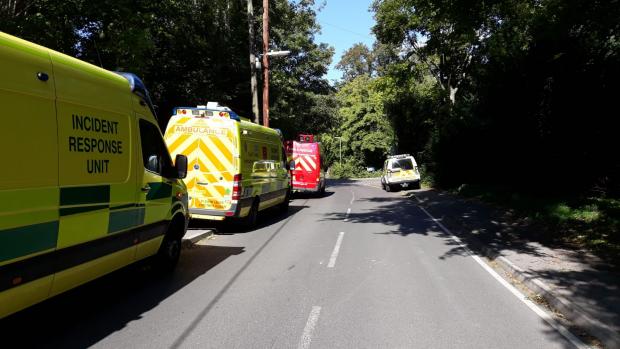 FIREFIGHTERS are on the scene of a house fire.

Four engines have raced to tackle a blaze in Mortimer Close, Kings Worthy.

A cordon is in place and a search and rescue team has arrived at the scene.

The commanding officer told the Daily Echo that the house has been severely damaged and is now uninhabitable.

Emergency services will be in the area for “some time” and the fire is believed to have started in the roof of the house.

One female resident was at home when the fire started but no-one has been injured.

The Daily Echo understands that Hampshire Fire and Rescue Service vehicles from Winchester, Eastleigh, Sutton Scotney, Andover and Hightown were called to the incident.

Councillor Malcolm Prince told the Daily Echo that he saw thick black smoke coming from the area, and that the fire started at about 12pm.

The incident is ongoing.