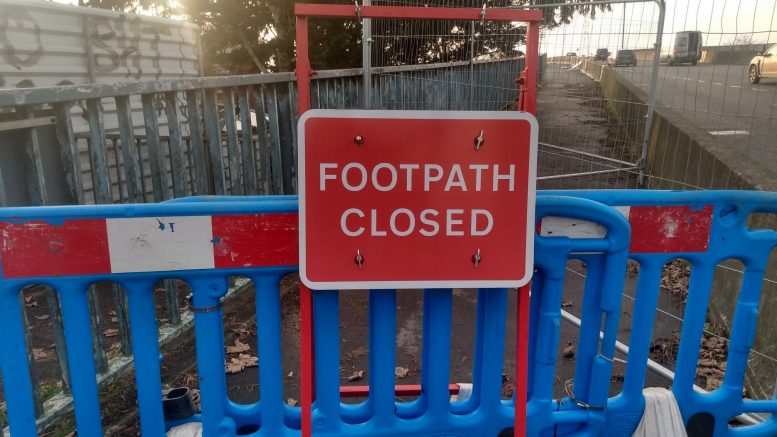 CAMPAIGNERS say lives have been put at risk by the decision to close a Hampshire cycleway for four months over the winter.

Redbridge Causeway – the main route between Southampton and the New Forest – is at the centre of a multi-million-pound repair project that aims to reverse years of decay.

The cycleway along the southern side of the bridge has been closed until March to enable “essential” work to be carried out.

Cyclists say they are having to brave fast-moving traffic or use the official diversion – a narrow footpath on the other side of the road which critics claim is unsafe.

Last night Southampton Cycling Campaign and a member of the city council warned that the cycleway closure could prove fatal.

Cllr Lee Whitbread, who represents Redbridge, said: “With the darker mornings and evenings upon us we could see a serious accident or even a fatality as cyclists use the road rather than make use of the poor quality diversion put in place by Hampshire County Council.”

Fellow Redbridge councillor Cathie McEwing added: “Closing one of the pathways for four months in wintertime is ludicrous.”

Other protesters include Jim Probert, of Southampton Cyclist Touring Club.

He said: “They’ve been doing this work for ten months now and could have considered upgrading the path on the north side before they closed the south side.”

“A lot of cyclists are riding on the road, which is quite hazardous. I’ve done it a couple of times and it’s really scary.

“The only other option is to use the path on the other side of the bridge, but that too is hazardous because of the potholes. It’s also very narrow.”

Totton county councillor David Harrison added: “I’ve had a number of cyclists contact me with concerns about the diversion and I’ve passed these on to highway bosses.

“The diversion isn’t a very safe one – it narrows right down at pinch points and is really only suitable for pedestrians walking in single file.

“Unfortunately the obvious option of cycling on the road is probably much more hazardous than the unsatisfactory diversion because you’re sharing the road with fast-moving traffic.”

Describing the diversion as temporary and necessary, a council official said the scheme would provide pedestrians and cyclists with a safer and long-lasting route.

They added: “This is a very difficult site with no viable alternatives to the diversion.”