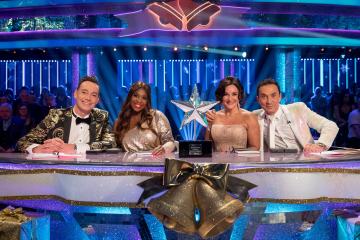 The Italian was a judge on the competition show for 18 years before he quit in May this year, seeing Anton Du Beke take his spot on the panel.

Tonioli, best known for his passionate enthusiasm for the dances, is now set to return to the BBC show as he is reportedly set to share his vocal skills, according to The Mirror.

It comes after the dancer sang ‘Can’t Take My Eyes Off You’ back in 2019 and stunned viewers with his vocal skills.

His performance on Strictly prompted host Tess Daly to share that Tonioli was a “man of many talents”.

But many loved his performance and wanted more after the judge shocked audiences with his flamboyant routine and strong vocals.

Although the BBC has not commented on the former judge’s rumoured return, many fans are excited to hear the news.

Tonioli made the decision to leave the show after 18 years when he shared that flying between the UK and the US for Dancing With the Stars had become “too much”.

The star split his time on the shows since 2005 as he recently shared that he “just couldn’t do” the weekly 10-hour flight.

In his last year on the BBC dancing show, Tonioli found his last year difficult as he faced travel restrictions due to the pandemic that forced him to only appear via video-link during judges’ verdict on the Sunday night result show.

Although the decision to leave was tough, he shared that being on Strictly was always a positive experience and that it changed his life.