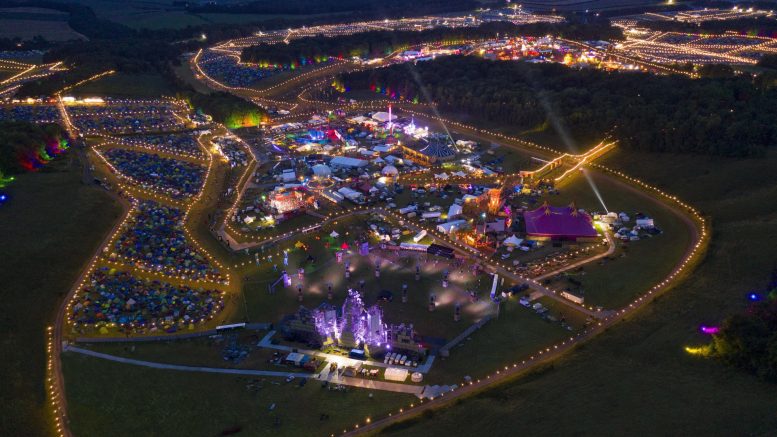 HAVING been forced to cancel this year’s festival due to the coronavirus pandemic Boomtown has announced its vision for the 2021 event ahead of the launch of ticket sales tonight (Thursday).

Returning to the Matterley Estate near Winchester between August 11 and 15, organisers have said that they are no longer going to release the line-up and have changed the layout of the festival.

After the cancellation of Boomtown’s Chapter 12 this year, the UK’s largest independent festival has also revealed its next incarnation “Chapter One: The Gathering” which will allow it to be a “forward-thinking, progressive, and inspirational” festival community.

It added: “By starting a brand-new story with Chapter One: The Gathering, this allows us even more scope to start afresh, with our ethos, creativity and ambition all aligning into one combined vision.”

As part of the re-set organisers have taken the decision to no longer release the line up ahead of the event, keeping the majority of acts secret until just before the festival.

The Boomtown team said: “We have spent months debating whether this was the right thing to do but what is clear, is that there are many aspects to the way the music industry runs that don’t work for independent festivals. The complex process of releasing a music line-up with the exclusivity, billing and escalating costs has led us to decide this is the time to rethink the way we approach it and explore new ways of doing things.

“We have always been a creatively led festival and people attend Boomtown because of the overall experience; we will continue to book incredible headline artists, and all the festival favourites, but by approaching our programming announcements in this radical way, we can create line-ups that are even more phenomenal and diverse than we have ever been able to before.”

Another change released in today’s announcement is that Boomtown has altered the festival layout.

The Main City and its unique worlds will all now be located in what was previously known as ‘Downtown Boomtown’, organisers say.

“Every main stage is a brand-new concept and nestled deep into magical district surroundings. For the first time ever, we will be using every inch of the ‘Downtown’ valley to build up the most detailed festival city we’ve ever dreamt up! Around the city will be the beautiful, forest chill outs and woodland parties we love to escape to,” they added.

Last week organisers announced a reduction in the price of tickets and all existing ticket holders will receive a partial refund.

More than half of the 2020 ticket holders have rolled over their tickets, meaning there is less than half available for next year.

Tickets will be released tonight at 7pm at www.boomtownfair.co.uk/tickets.