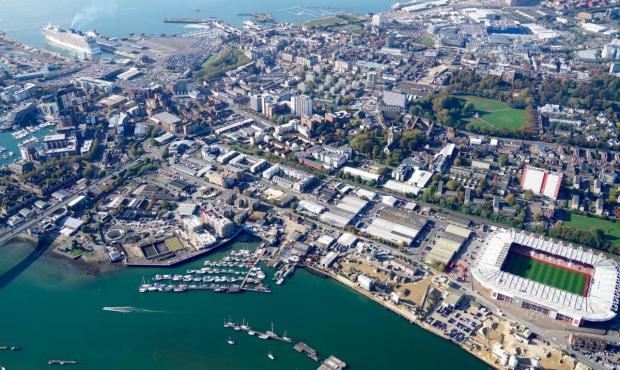 BLACK people in Hampshire are underrepresented in their police force, new figures have revealed.

Home Office data shows there were just nine black officers in Hampshire Constabulary at the end of March – a rate of 3.5 per 1,000 officers whose ethnicity was recorded.

The revelation has sparked calls for the force to stop the “pointless” stop and search of black people in order to build a better relationship with their community.

A recent analysis by the Government Statistical Service shows that 10.7 per 1,000 people in the local area are black – more than three times the rate in the police workforce.

In Hampshire, there were 87 officers from black, Asian and minority ethnic backgrounds in March, up from 81 a year earlier.

This still underrepresents the community – the figure accounts for 33.4 per 1,000 officers while BAME people make up 71.1 in 1,000 of the population – but the disparity is greater for black people specifically.

Don John, directors of Southampton-based organisation Positive Message Limited, said that the figures are “not surprising but are disappointing”.

He believes that police need to reduce the number of “pointless” stop and searches of black people in the region to help build more confidence within the community.

He said: “The relationship between people particularly from African/Caribbean backgrounds has always historically been a difficult one.

“Issues like the death of Stephen Lawrence, Mark Duggan and Sean Rigg, the high numbers of deaths of Black people in police custody nationally and the disproportionately high numbers of stop and search in Southampton have all contributed to the lack of confidence in Black people wanting to be part of a system with such a record. The fact that Black people make up 12 per cent of the prison population whilst they are only three per cent of the population tells it’s own story.

“All of these facts amongst others does not inspire Black people to be a part of that system.”

He added: “Well, what can Hampshire Constabulary do? A good start would be to reduce the number of pointless stop and search of black people in the region that require no further action, and is an incredible waste of police time; and to publish race complaints that are made against them and what the outcomes are.

“This would not solve the problem but it may demonstrate that the Constabulary are taking this matter more seriously.”

Assistant Chief Constable Maggie Blyth said: “Stop and search is an important part of our community policing, and helps us protect our communities, particularly vulnerable members of them.

“We take an intelligence-based approach to this, using information supplied to us from the community to tackle high-harm crimes, such as drug-related harm, theft and the use of weapons.

“Its effectiveness relies on the power being used in the right way.

“Policing is complex and challenging. It is right that all that we do should be thoroughly scrutinised and we welcome this.

“Whenever stop and search powers are used, it must be done so in line with national guidance, where there are reasonable grounds for suspicion and where it is proportionate.

“Each quarter, a group of officers, staff and members of our Independent Advisory Group meet to review our stop and search data.

“Our district commanders also regularly review the use of stop and search, working closely with local stakeholders to provide clarity on its use.

“We are always looking to identify learning from this data, including from reviewing disproportionality figures, and develop our use of police street powers, where required, ensuring fairness to those who are the subject of them.

“Policing in our country is built on the principle of doing so by consent, and although much has changed in the way we operate over the years and will continue to do so, it is important to our officers to work hard to build up trust and support within their communities.

“This is something we are committed to continuing and we welcome all feedback on how we can do so.

“As part of this, we welcome anyone who wishes to join our Independent Advisory Group, for which we are currently accepting applications to join, to help us continue to build partnerships with our communities.”

A spokesperson from Hampshire Police said that the force are “striving to serve and support all in our communities”.

He added: “Throughout our recent recruitment activity, we have been intent of increasing the diversity across our force and have been using positive action initiatives to encourage a wide range of quality candidates to apply.

“Of the 3,000 applications we received, 13 per cent are from diverse backgrounds.

“Our aim is to become an employer of choice, focused on attraction, retention and progression, bringing the best and talented individuals into the Constabulary and ensuring they can all reach their true potential.

“We have also launched our Advance Programme, which signals our commitment and resolve to creating a diverse and inclusive workforce.

“To do this, we will work with our current serving BAME and female officers, supporting them in putting themselves forward for promotion.”

ELEVEN Albanian nationals have been detained after being found at a dock in Southampton. Daily Echo | News …