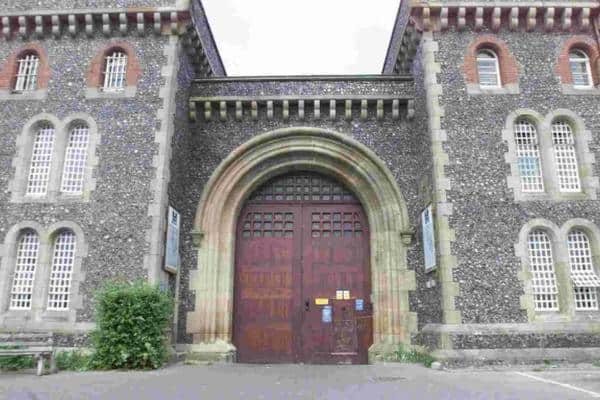 A LOVE-crazed stalker who sent “hundreds if not thousands” of messages to his victim “is still in love”.

Adam Bruce was given both a restraining order and suspended sentence following an ongoing stalking campaign.

But this was not enough to stop him – the 28-year-old made contact with his victim again claiming he was “still in love with her”.

Between May 18 and May 23 this year she received a “combination of phone calls and text messages”.

Bruce, of East View Road, Ringwood claimed she had “destroyed the happy and bubbly person he was” and blamed her for his “situation”.

On remand at HMP Lewes since May he pleaded guilty to breaching both court orders.

He appeared before Southampton Crown Court on Thursday via video link.

She now struggles to sleep, suffers nightmares and wants him to “leave her alone”.

Defending, Berenice Mulvanny argued that Bruce had entered a guilty plea at the earliest opportunity.

She added he is immature and needs some help. On remand since May 30, it has been his “first experience in custody”.

Judge Gary Burrell QC said Bruce’s actions had had a “devastating effect” and jailed him for seven months.

He said how Bruce seemed to have a limited understanding of what he was doing and that the breach was serious.

In 2018 he had embarked on an affair with his married colleague – who was in an open relationship.

But when she ended things, he began to harass her with a “barrage” of abusive and racist messages.

Miss Hart told how Bruce had sent his victim hundreds if not thousands of messages.

He later “decorated” her car with condoms and her underwear as she returned from holiday.

For this, he was given a 12-month sentence, suspended for two years and an indefinite restraining order in January.