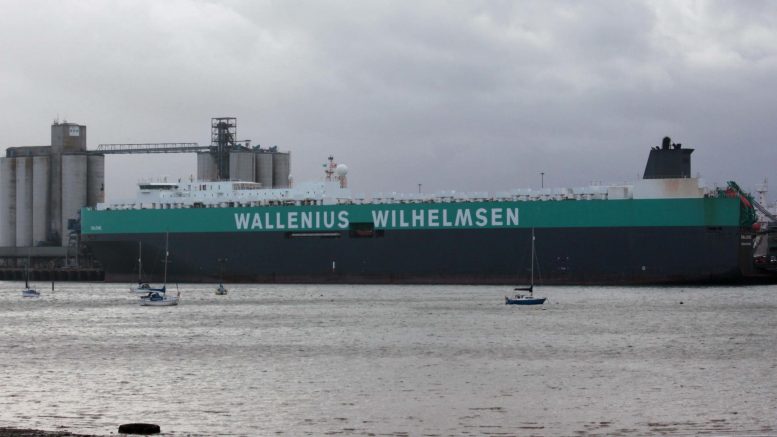 ELEVEN Albanian nationals have been detained after being found at a dock in Southampton.

Police were called at 11.25am today after eleven Albanian nationals were located in Dock Gate 4, Cunard Road, Southampton.

They have now been detained for alleged immigration offences.

One woman has been taken to hospital relating to a pregnancy.

A 17-year-old boy is due to be transferred into the care of children’s services.

A spokesperson for Associated British Ports, the company that runs the dock, said: “We are aware that the incident involving stowaways on the vessel MV Salome has now been resolved.

“ABP continues to support relevant government agencies with their investigations and is working with the shipping company and owners as required.”

Border Force are investigating the incident.

It is understood that Salome arrived at Southampton Docks at about 7.30am and it is due to depart the city at 4am tomorrow (October 29).

The Nave Andromeda vessel, which had travelled from Lagos, Nigeria, but an exclusion zone was set up around the ship off the coast of Sandown on the Isle of Wight.